BEIRUT, Nov. 8 (Xinhua) -- Over 100 Syrian refugees returned to their homeland on Thursday from several areas in Lebanon including Aarsal, Nabatieh and Tyre, local media reported. 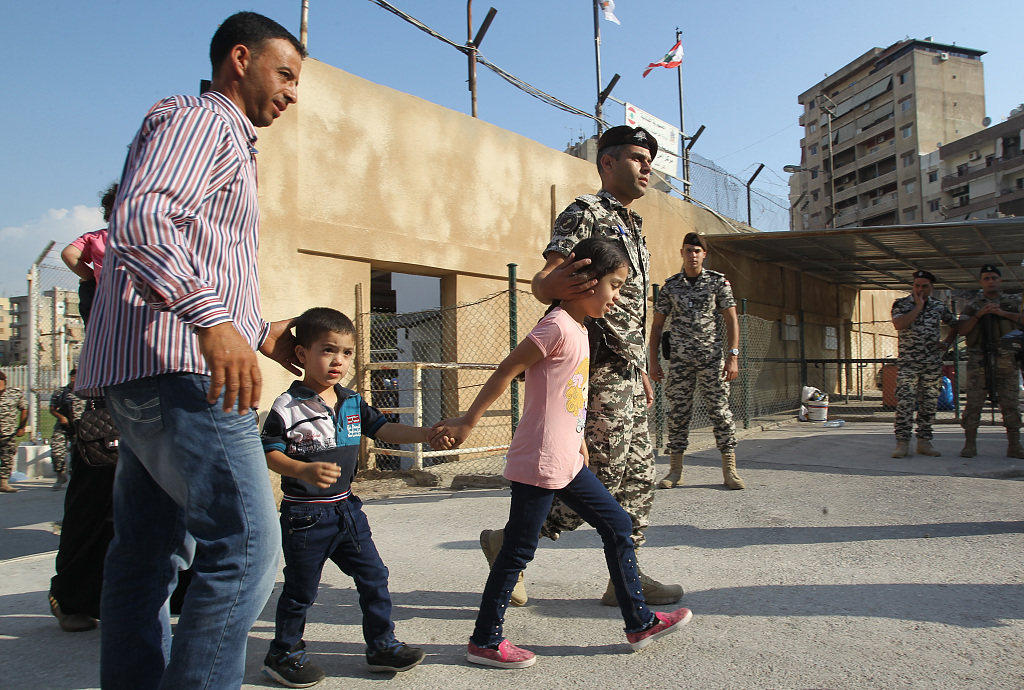 A Lebanese security members escort Syrian refugee children to a nearby bus in Beirut, to take them back home to Syria on Sept. 8, 2018. (Photo: VCG)

According to the National News Agency, the return of Syrians took place under the supervision of Lebanon's General Security and in the presence of employees from the United Nations High Commissioner for Refugees (UNHCR).

"Many of these Syrians went back home on their own expenses, especially as the stability has been witnessed in Syria," said Mustafa Mansour, head of the association of Syrian workers in Lebanon.

Lebanon is hosting 976,000 registered Syrian refugees according to the UNHCR, while the government estimates the true number of Syrian refugees in the country at 1.5 million.

To secure the return of 890,000 Syrian refugees to their homeland, Russia has drafted a strategy and presented it to the Lebanese authorities.