WASHINGTON, Oct. 14 (Xinhua) -- More than 14 million Americans have voted so far as the Nov. 3 election day is approaching, according to data from the U.S. Election Project. 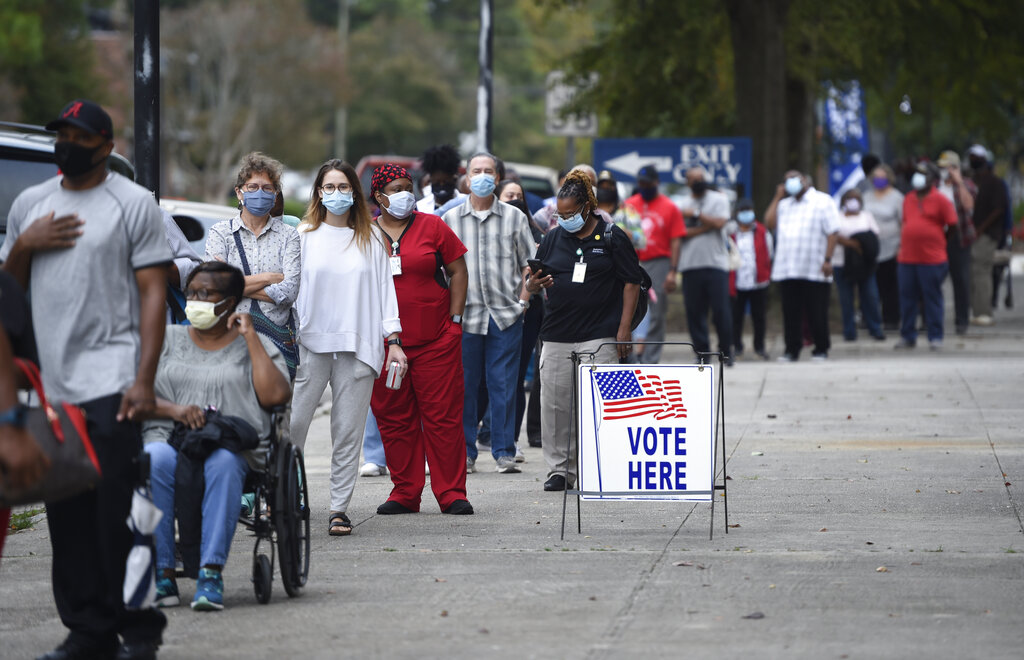 In this Oct. 12, 2020, file photo, voters wait in line to cast their ballot early at the Bell Auditorium in Augusta, Ga. Black people are going to the polls by the thousands and waiting in lines for hours to vote early in Georgia. (Photo: AP)

The figure, which includes absentee and in-person early voting, represents about 10 percent of the total 2016 turnout, The Hill reported on Wednesday.

In Wisconsin, South Dakota and Virginia, turnout has reached about 25 percent of the last presidential election's levels, said the report.

"There are three driving factors here. One is simply that states have relaxed their laws. Maybe it was through changes that were already in place or as an emergency for the pandemic. And in the latter case, we've seen many people requesting mail ballots and voting in-person early in order to socially distance," said Michael McDonald, a professor at the University of Florida who runs the Elections Project.

"The other big factor, though, that's going on here is that there are lots of people who really are enthused to vote, and they're casting their ballots early," the professor added.