TIRANA, Sept. 22 (Xinhua) -- Over 15 earthquakes have hit Albania in the last 48 hours, according to the Albanian Institute of GeoSciences, Energy, Water and Environment (IGEWE) on Sunday. 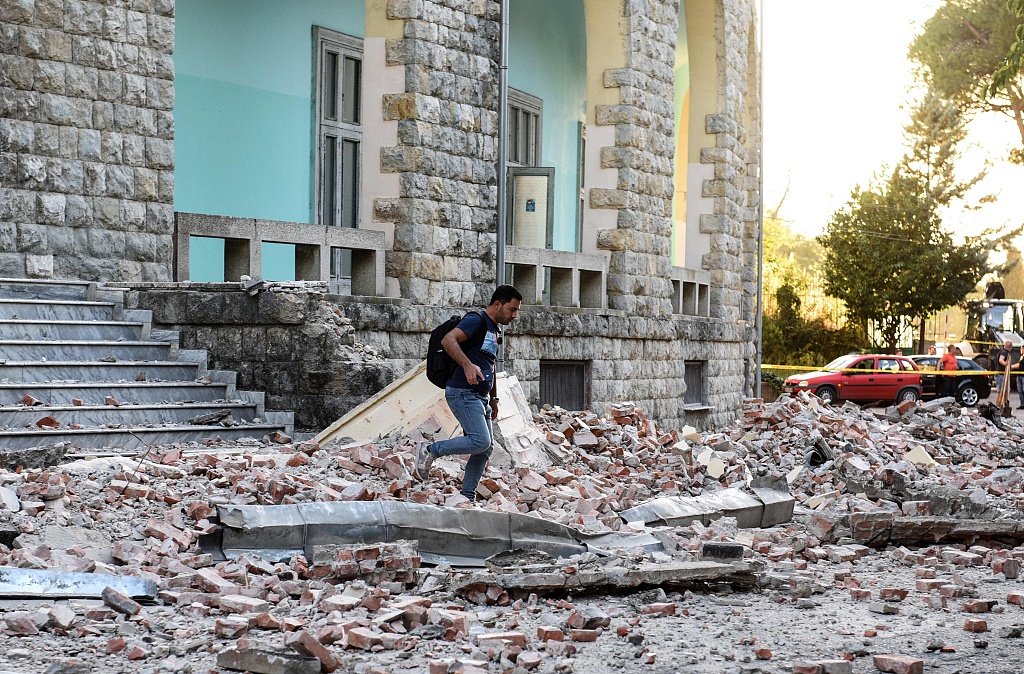 A man walks on the debris from a damaged building in Tirana on September 21, 2019, after two earthquakes over 5.0 magnitude struck the coastline Adriatic coastline of Albania. (Photo: VCG)

According to IGEWE official data, a 2.9 magnitude  earthquake on Richter scale took place on Sunday at 7:19 a.m. local time with its epicenter located in the village of Gjokaj, 16.5 km from the capital Tirana.

Albanian Prime Minister Edi Rama called an emergency government meeting at midnight to report on the situation after the earthquakes that hit the country on Saturday.

Speaking at the government's meeting, Albanian Defense Minister Olta Xhacka declared that over 550 houses around the country were reported damaged and 105 people remained wounded with minor injuries, mainly due to the situation of fear experienced by citizens during the earthquake.

An earthquake of a magnitude 5.8 on Richter scale, with an intensity of 7 to 8 at the epicenter hit Albania on Saturday afternoon. The epicenter was in the Adriatic Sea, 30 kilometers north of the port city of Durres.