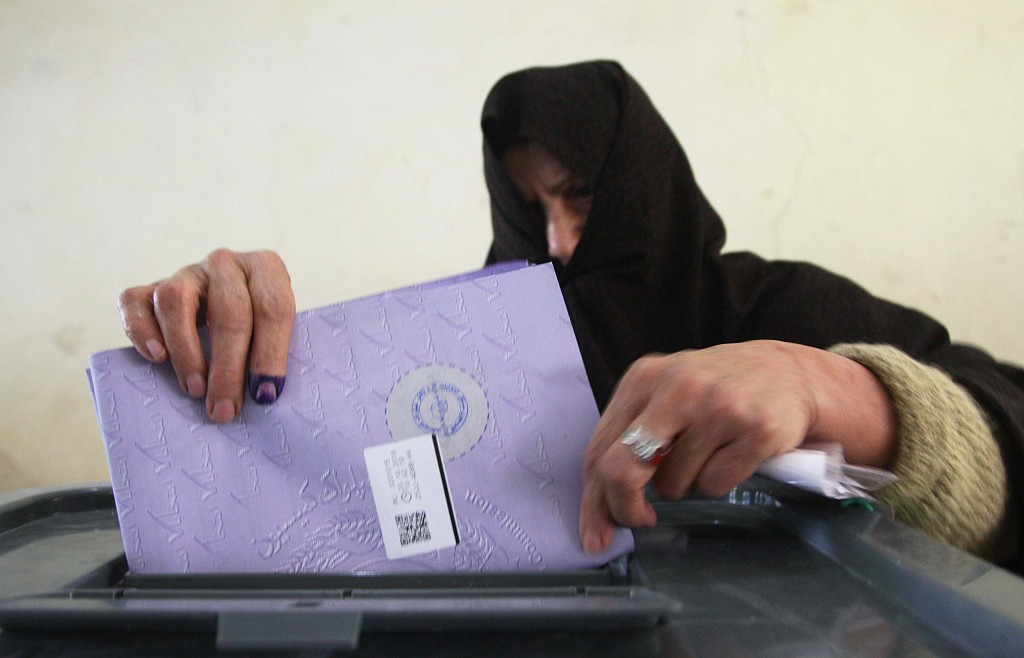 A woman casts her vote at a polling station during the parliamentary elections in Herat, Afghanistan on October 20, 2018. (Photo: VCG)

"According to preliminary results more than 3 million Afghans voted during the parliamentary elections on Saturday," Afghan Independent Election Commission (IEC) said in the statement.

The elections covered 32 out of the country's 34 provinces. Voting in Kandahar and Ghazni provinces has been postponed due to security reasons.

Election officials set up 4,900 polling centers including over 20,000 polling stations across the country.

However, about 400 polling centers, including 45 centers in national capital of Kabul, remained close due to technical problems and security threats.

In effort to provide opportunity for people who failed to vote Saturday, the IEC will hold elections in a number of polling centers in Kabul and countryside on Sunday, the statement said.

On Saturday, 27 people including 11 security forces members were killed and 100 others wounded in 192 security incidents, including 89 attacks on polling centers across the country, according to Afghan Ministry of Interior Affairs.

However, some sources said that 67 people were killed and 126 others wounded in election-related violence and blasts and clashes across the country.

More than 2,500 candidates are contesting for the Wolesi Jirga or the 249-seat lower house of the parliament.

Nearly 9 million voters, out of 12 million eligible Afghans, were registered to cast their ballots to elect members of the lower house for a five-year term.