Over 30 people die in dust storm, heavy rains in India

Over 30 people died and many injured in unseasonal rains accompanied with dust storm in several Indian states on Tuesday night, local media reports said on Wednesday. 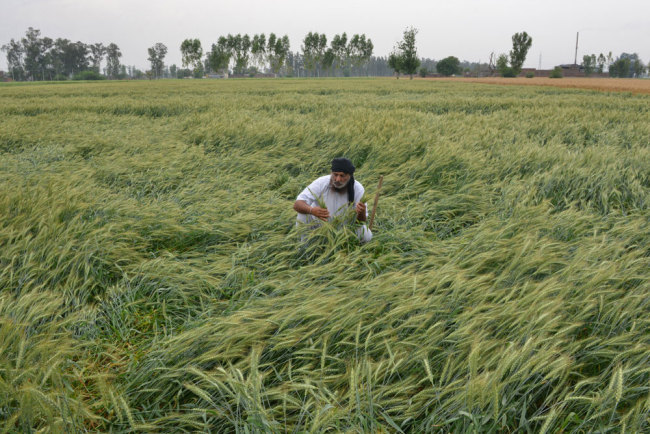 An Indian farmer checks his damaged wheat crop flattened by strong winds and rain on the outskirts of Amritsar on April 16, 2019. (Photo: AFP/Narinder Nanu)

As many as nine persons, including four children, died in Rajasthan as lightning struck many areas in the state.