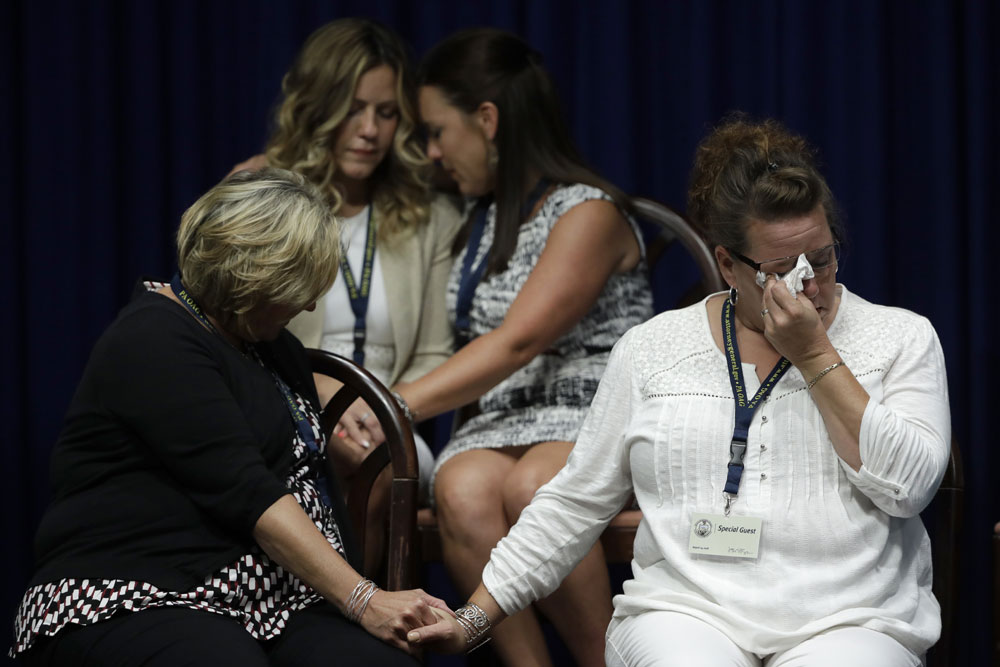 More than 300 "predator priests" from six Catholic dioceses across eastern US state of Pennsylvania have been accused of sexually abusing over 1,000 children, according to a new grand jury report released Tuesday.

The report, issued by the Pennsylvania Supreme Court, detailed a "systematic coverup by senior church officials in Pennsylvania and at the Vatican" over more than six decades, State Attorney General Josh Shapiro said at a news conference on Tuesday.

Shapiro said that over 1,000 children victims were identifiable from the church's own records, and the grand jury believes there are more after about two years of investigation.

"We believe that the real number - of children whose records were lost, or who were afraid ever to come forward - is in the thousands," read the grand jury report introduction.

According to the report, some predator priests even manufactured child pornography. In a diocese, one victim was forced to stand on a bed in a parish rectory in front of the reverends.

Todd Frey, 50, who said he was abused when he was 13 by a priest in Lancaster County, northern Pennsylvania, spoke to the grand jury on Monday. He said he had told church and law enforcement officials over the years, but nothing was done.

"Who else did he pick?" Frey was quoted as speaking before the grand jury, adding that the report will be his first opportunity to see if the priest is accused of abusing others, and who in the church knew.

Church leaders in these Catholic dioceses were more interested in safeguarding the church and the "predator priests" than helping their victims, the redacted report said.

"The main thing was not to help children, but to avoid scandal," the report said. "Priests were raping little boys and girls and the men of God who were responsible for them not only did nothing: They hid it all."

"Several diocesan administrators, including the bishops, often dissuaded victims from reporting abuse to police, pressured law enforcement to terminate or avoid an investigation or conducted their own deficient, biased investigation without reporting crimes against children to the proper authorities," the report said.

"As a consequence of the coverup, almost every instance of abuse we found is too old to be prosecuted," it read.

One of these predator priests pleaded guilty last month to charges that he sexually abused a 10-year-old boy more than 20 years ago. Another has been charged with felony child sex crimes, according to local media reports.

However, some of the accused have died, and statute of limitations laws prevent many others from facing criminal charges, said the media reports.

The Harrisburg Diocese earlier this month identified 71 priests and other members of the church who had been accused of child sex abuse.

"That conduct has left a legacy of pain and sorrow that is still being felt," Harrisburg Bishop Ronald Gainer wrote in a letter to the diocese. "I apologize for these actions."

Gainer also announced sweeping changes to confidentiality policies and stripped from any place of honor in the diocese the names of bishops and others associated with the abuses.

The grand jury said they subpoenaed and reviewed half a million pages of internal diocesan documents which contained credible allegations against the more than 300 predator priests.

The whole investigation covers all eight dioceses in Pennsylvania. Previous grand jury reports already revealed abuse and coverups in two of them, Philadelphia and Altoona-Johnstown. Local media said the probe is the most comprehensive yet on Catholic Church sex abuse in the United States.