GENEVA, April 6 (Xinhua) -- Over 35 million personal protective items will be transported from China to Switzerland to help the country contain the current COVID-19 outbreak, Swiss International Air Lines (Swissair) announced on Monday on its Twitter account. 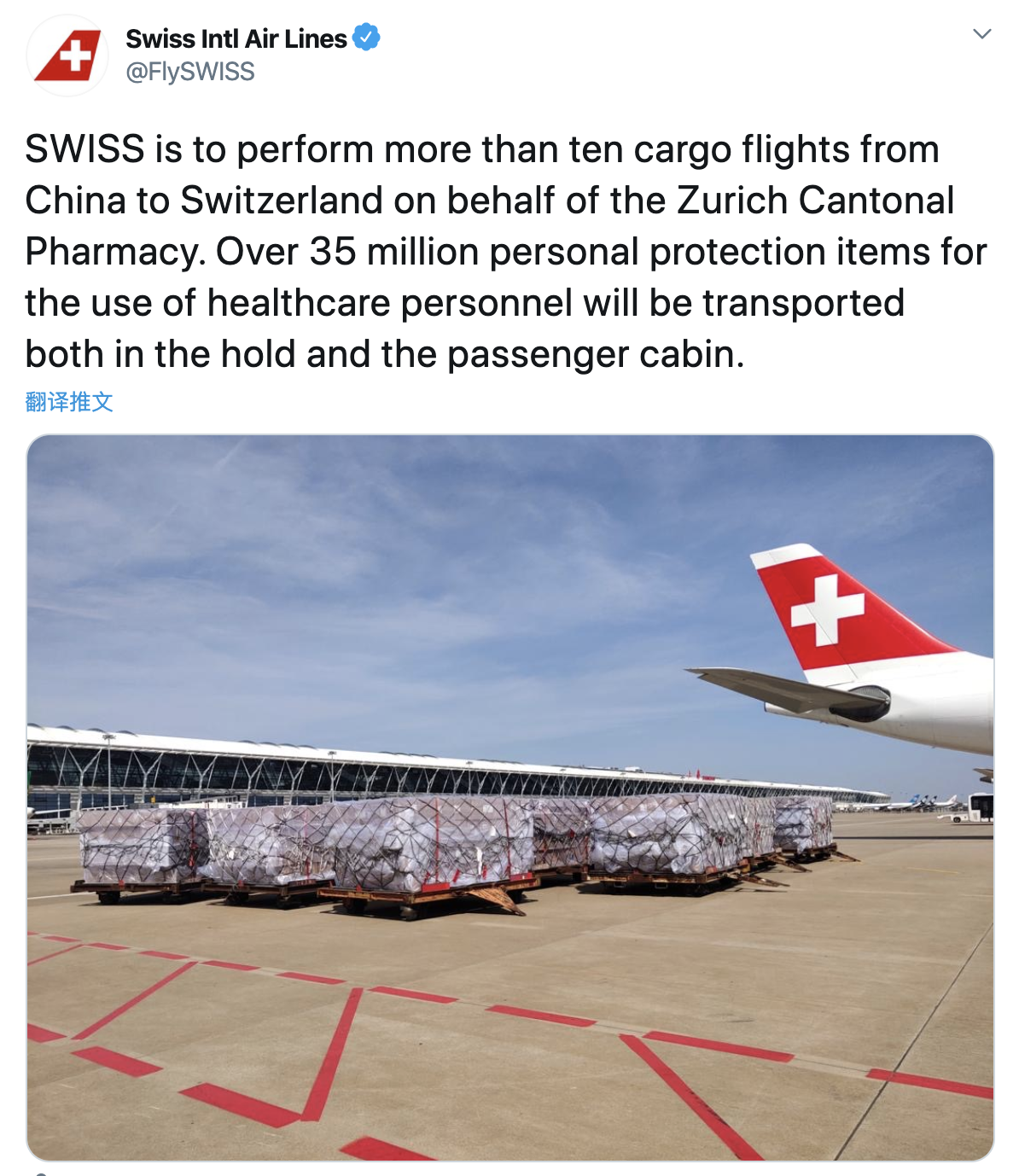 "SWISS is to perform more than ten cargo flights from China to Switzerland on behalf of the Zurich Cantonal Pharmacy. Over 35 million personal protection items for the use of healthcare personnel will be transported both in the hold and the passenger cabin," it tweeted.

According to local media reports, as of Monday, the first two flights filled with "urgently needed" protective material from China have been landed respectively in Zurich and Geneva, and the medical equipment will soon be delivered to a number of local hospitals.

Figures from the Swiss Federal Office of Public Health (FOPH) showed that as of Monday, there has been a total of 21,652 COVID-19 cases in Switzerland, a country with a population of 8.5 million.