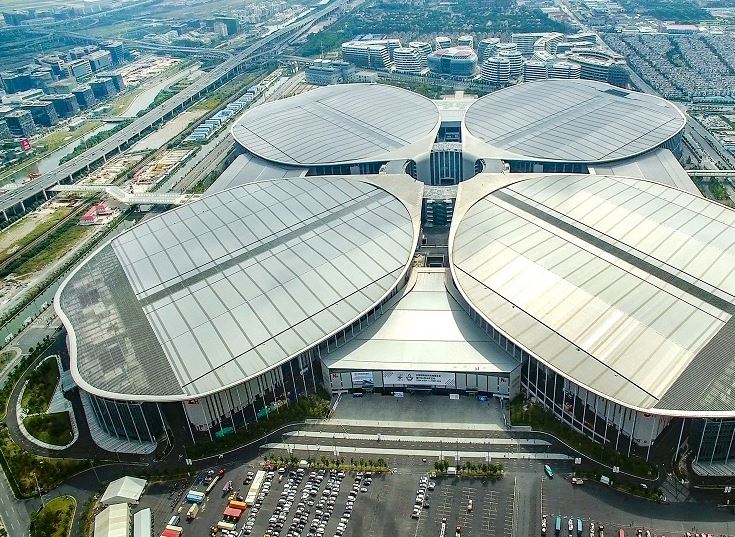 SOFIA, Sept. 14 (Xinhua) -- More than 40 Bulgarian companies will participate as exhibitors in the first China International Import Expo (CIIE) that will take place this November in Shanghai, a Chinese official said here on Friday.

Li Jinqi, Board Chairman of China Foreign Trade Center, said that up to now, more than 40 Bulgarian companies have signed up for the expo.

"We hope that Bulgarian companies will show their best products and will actively develop the Chinese market," Li said at a promotional event.

By the end of July, more than 2,800 companies from more than 130 countries and regions had confirmed participation in the CIIE, Li said.

According to preliminary estimates, the exhibition would be attended by more than 150,000 local and foreign buyers, he added.

Li also said that China is an important trading partner of Bulgaria, and bilateral trade in 2017 was over $2.1 billion, with a growth of nearly 30 percent year-on-year.

"We welcome Bulgarian dairy, wine, rose oil and other specific Bulgarian products to further enter the Chinese market, and we expect that products labeled 'Made in China' will bring more tangible benefits to Bulgarian consumers," Li said.Alexander Minev, Acting Executive Director of Bulgarian Small and Medium Enterprises Promotion Agency, said that his agency would support 38 Bulgarian companies to participate in the CIIE in order to help develop bilateral trade.

"It is my honor and pleasure to note the positive trend of increasing trade between the two countries," Minev said.

"I believe that Bulgaria has an economic potential that it can further develop together with China," Minev added.