WORLD Over 40 injured in TNT plant blasts in Russia

Over 40 injured in TNT plant blasts in Russia 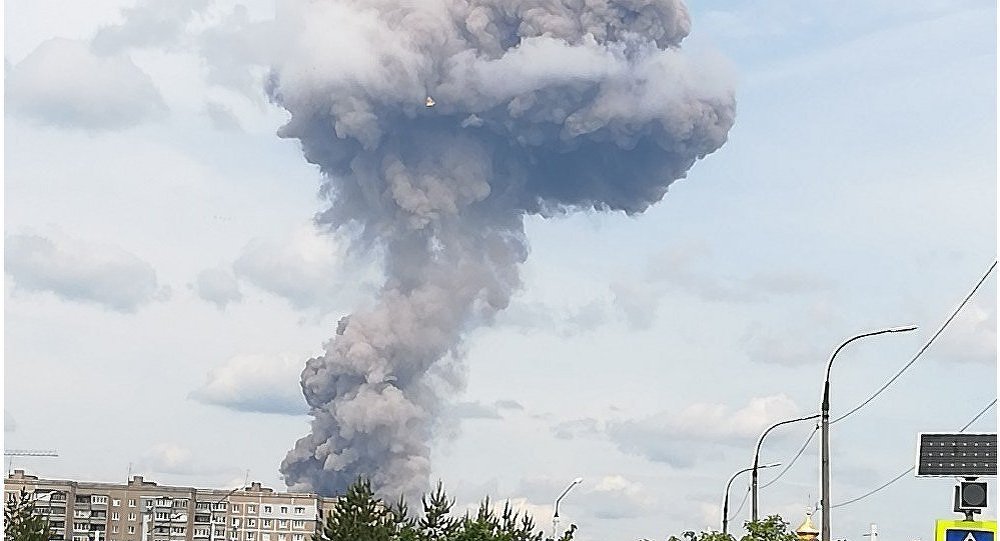 At least 42 people were wounded in a series of explosions and a consequent fire that occurred in a trinitrotoluene (TNT) production workshop in Russia's Nizhny Novgorod region, TASS news agency reported Saturday.

The victims received injuries of mild to moderate severity, and 14 of them are hospitalized, TASS said, citing a representative of the region's Ministry of Health.

According to TASS, the situation in the plant has been stabilized and there is no risk of a spread of the fire, which covered an area of about 100 square meters.

Sputnik news agency said the explosions occurred at 11:45 a.m. local time (0845 GMT), and the blast wave smashed glass in an area of three km from the explosion site.

About 350 people and some 40 pieces of equipment are involved in dealing with the aftermath, TASS reported.