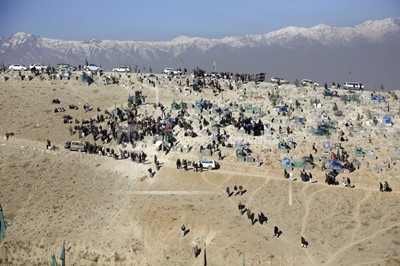 More than 445,000 Afghans have been displaced in 2017 by conflicts and prolonged insurgency, the UN Office for the Coordination of Humanitarian Affairs (OCHA) said Wednesday.

The number of Internally Displaced Persons (IDPs) in the eastern Afghan region has reached nearly 140,205 with more than 123,538 of them in Nangarhar Province, of which 64,513 were due to the recent October-onward Khogyani displacement, the statement noted.

The Khogyani district has been the scene of heavy clashes between Afghan security forces and Islamic State (IS) militants since early October as the IS militants tired to take full control of the mountainous district.

More than 1 million Afghans have been displaced due to conflicts since 2001 as worsening security situation and the ongoing insurgency have forced the people to leave their houses for safer places.

Over 2,640 civilians were killed and over 5,370 others injured in conflict-related incidents in first nine months of last year, according to figures of United Nations mission in the country.