WORLD Over 5,000 people under quarantine as Greece and Malta lock down migrant camps

Over 5,000 people under quarantine as Greece and Malta lock down migrant camps 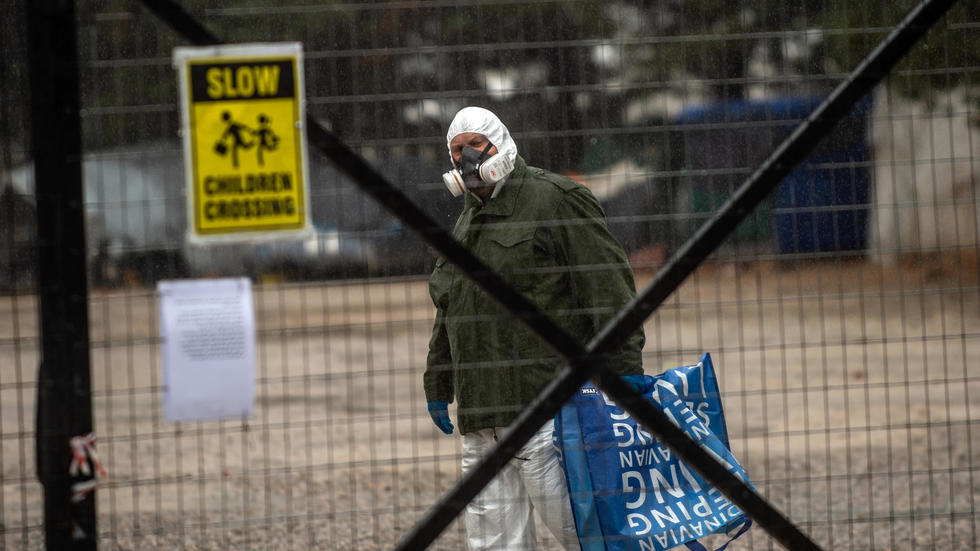 Officials said the Malakasa camp outside Athens had been placed under full lockdown. (Photo: AFP)

Over 5,000 asylum-seekers were placed under mandatory quarantine in Greece and Malta on Sunday after several COVID-19 cases were confirmed in migrant camps and risk assessments showed the possibility that the disease had spread to a number of other residents living in close proximity in the crowded quarters.

Officials in Greece said a camp in Malakasa, some 38 kilometers northeast of Athens, had been placed under "full sanitary isolation" for 14 days, with no one allowed to enter or leave.

The Malakasa facility, currently sheltering over 1,700 people, is the second migrant camp near Athens under lockdown after an Afghan resident tested positive for the coronavirus.

The Afghan man, who lives with his family at the camp, has been transferred to a hospital in Athens and tests on his contacts will continue as authorities try to trace the route of the virus.

Last week, the Ritsona camp in central Greece was sealed off after 23 people out of more than 2,500 tested positive for the new coronavirus. It was the first such facility in the country to be hit since the onset of the outbreak.

In Malta, some 1,000 African migrants were placed under quarantine on Sunday and their camp at Hal Far in the south of Malta was surrounded by police and army trucks to ensure compliance.

Health Minister Chris Fearne told reporters that eight cases had been confirmed in two days and placed in isolation. All other migrants in the camp will have to observe quarantine for 14 days.

He stressed that this is not racial discrimination. "Quarantine orders are issued to anyone who tests positive and the people around them," he said, adding that arrangements had been made for medical care to be provided at the site.

Home Minister Byron Camilleri said the quarantine would be enforced by the police as in all other cases in Malta. Anyone breaking quarantine is liable to a 3,000-euro fine.

Greece has been the main gateway into the European Union for people fleeing conflict in the Middle East and beyond.

At least 110,000 people currently live in migrant facilities, and 40,000 of them in overcrowded camps on five islands. Social distancing is practically impossible as thousands of refugees and migrants jostle in the queues for toilets and showers.

Aid groups have urged Greece to evacuate the camps, warning the risk of the fast-moving virus spreading among people living in squalid conditions is high and containing an outbreak in such settings would be "impossible."

To contain the spread of the virus the conservative government wants to replace all existing camps on islands with enclosed detention centers, but its plans have been met with resistance from local authorities and residents who want all facilities shut.

It also wants new arrivals isolated from the rest of the migrants but most islands have not designated areas of accommodation. About 120 people who recently arrived on Lesbos have not yet found a shelter.