WORLD Over 5,200 detained, over 60 shops sealed in India's Uttar Pradesh over citizenship protests

Over 5,200 detained, over 60 shops sealed in India's Uttar Pradesh over citizenship protests 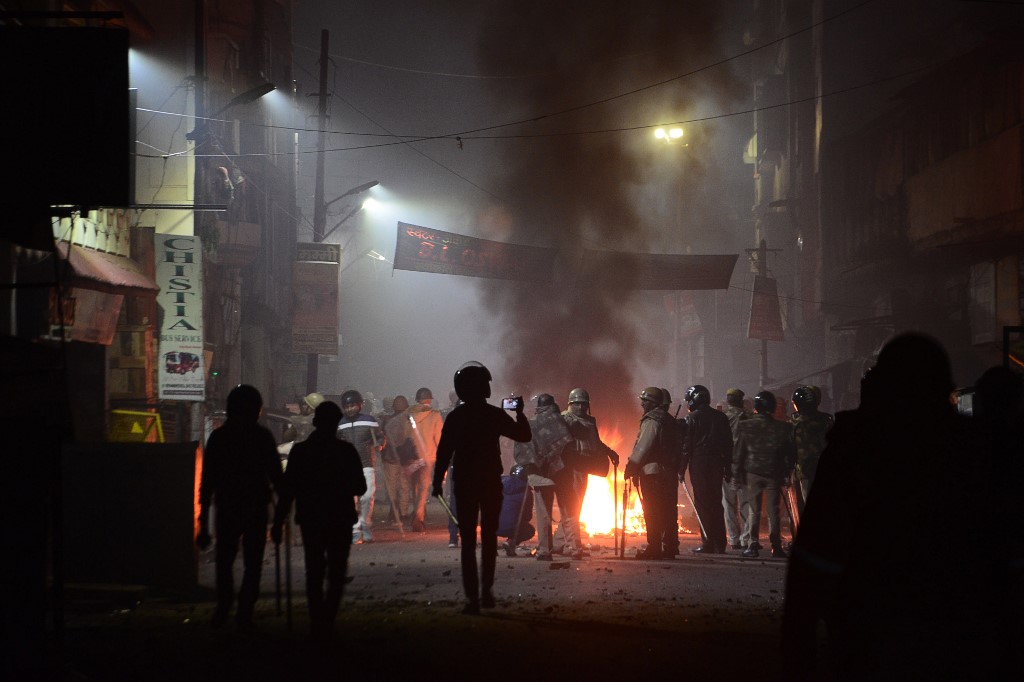 Firefighters and police personnel stand next to burning objects set on fire during demonstrations against India's new citizenship law in Kanpur on December 21, 2019. (File photo by AFP)

According to officials, 15 people were killed during protests across the state. However, local media put the figure beyond 15.

"We are compiling the data on arrests and number of shops sealed and would share that with media soon," a senior police official Shirish Chandra told Xinhua. "A total of 15 deaths have taken place and we are trying to gather further details."

The officials in Muzaffarnagar district said 67 shops were sealed by authorities and they had video footage available that people threw stones on police from terraces of those shops.

Meanwhile, police said they have detained 5,205 people, out of which 705 have been arrested.

"We have arrested 705 people in the state and released 4,500 people on signed bonds who were taken into detention," Praveen Kumar, a senior police official in charge of law and order in Uttar Pradesh said.

Over a dozen districts in the state including the capital city Lucknow witnessed protests and clashes over the new citizenship law in India. Violent protests broke out in the state on Thursday and intensified on Friday.

Prohibitory orders were imposed to stop locals from taking out protest rallies against the citizenship law, but failed.

Police resorted to baton charging, besides firing tear smoke shells and bullets to disperse the huge crowds, who were throwing stones.

Authorities have also suspended mobile internet in many districts of the state.

The crackdown by the local authorities comes after Chief Minister Yogi Adityanath's warning that his government will take revenge on those involved in damaging public assets by auctioning their properties to compensate for the loss.

Meanwhile, the countrywide death toll against the controversial new citizenship law in India stands at 22.

Protests against the law erupted on Dec. 11, the day India's upper house of parliament passed the law.

Since then there has been no let-up in the protests. On Monday a massive rally against the citizenship law was held in Chennai by the state's main opposition party. Former federal finance minister P. Chidambaram also joined the protest.

On Sunday Indian Prime Minister Narendra Modi tried to dispel fears while addressing a rally in Delhi, saying his government does not discriminate on the basis of religion.

Modi also claimed there had been no discussions on "the word NRC" (National Register of Citizens) during his five-year-old tenure, thereby contradicting Home Minister Amit Shah's repeated promises that the citizenship amendment would be followed by a countrywide NRC update to identify and expel "infiltrators."