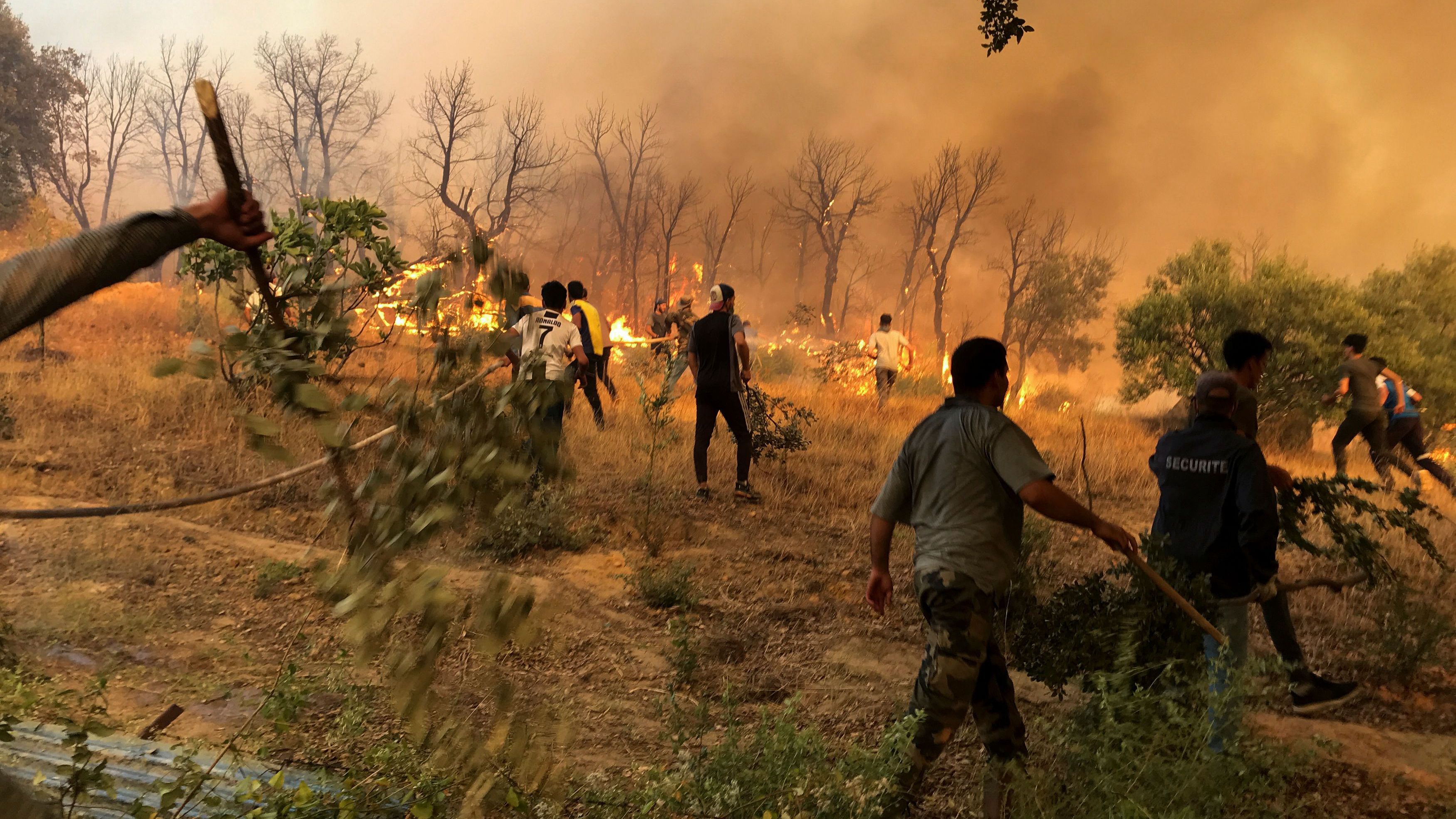 Villagers use tree branches in an attempt to put out a wildfire in Achallam village, in the mountainous Kabylie region of Tizi Ouzou, Algeria, August 11, 2021. /Reuters

Over 60 people have been arrested in Algeria after a man was lynched last week by a mob that believed he had started the deadly wildfires in the country.

Algerian police said on Tuesday they had made 25 more arrests, after already announcing 36, including three women, on Sunday. This brings the total number of suspects detained to 61.

Dozens of wildfires triggered by a blistering heatwave have killed at least 90 people in the North African country in recent days, and authorities have repeatedly blamed arsonists and "criminals" for the outbreaks.

Djamel Ben Ismail, 38, turned himself in at a police station last week after hearing he was suspected of involvement in the wildfires, police said.

Videos posted online then showed a crowd surrounding a police van and beating a man inside it. They dragged him out and set him on fire, with some taking selfies.

This occurred in the Tizi Ouzou region in northern Algeria, one of the regions worst hit by the fires.

The shocking images were widely shared and sparked outrage in Algeria, and the local prosecutor ordered an investigation "so that the odious crime does not go unpunished."

The latest arrests were made in several provinces across the country, police said in a statement, adding that the suspects were also accused of damaging public and police property.

Emergency services said on Monday that most of the deadly forest fires that have hit northern Algeria in the past week are "under control" and no longer endanger residents.

Still, hundreds of Algerians have been left homeless by the country's worst fires in memory.

President Abdelmadjid Tebboune has decided to grant financial aid of one million dinars (about $650) to each of the fire victims' families.