WORLD Over 62,000 people affected by floods in India's Assam

Over 62,000 people affected by floods in India's Assam 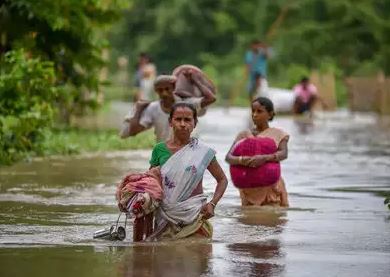 Flooding in India's northeastern state of Assam has affected over 62,000 people, India's official broadcaster All India Radio (AIR) said Tuesday.The state-run broadcaster quoting government officials said the ongoing floods has hit eight districts. However, so far no casualty was reported."In Assam, over 62,000 people are affected in the current surge of water in eight districts," AIR said. "In Jonai area of Dhemaji district alone, 23,000 people have been affected by the flooding."According to officials several rivers are currently flowing above the danger level in the flood hit areas."Flood water also disrupted road communication in several areas," the broadcaster said.Meanwhile, authorities have rushed national disaster response force (NDRF) teams to carry out rescue measures in Lakhimpur district.Floods are an annual occurrence in Assam during the monsoon season.