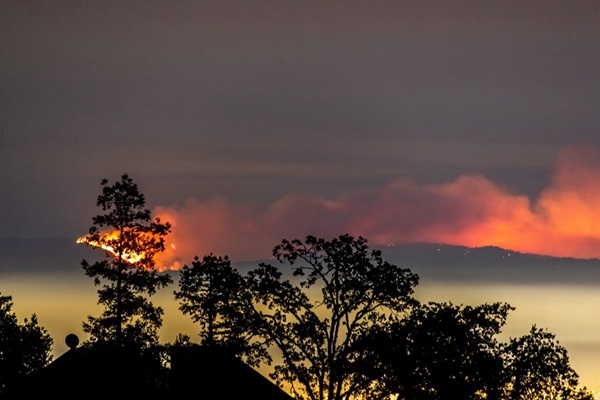 The U.S. state of California has seen 7,012 fires burn 1.5 million acres (about 6,070 square kilometers) to date this year, compared to last year at this time when 4,292 fires had burned 56,000 acres as of Monday, according to California Department of Forestry and Fire Protection (Cal Fire).

Fires in Northern California's LNU Complex alone, the largest blaze in the state with 350,000 acres (about 1,416 square kilometers) in size as of Monday, have destroyed 871 buildings, damaged 234 and threatened 30,500, while its containment grew to 22 percent, Cal Fire reported on Monday. Five people have died in the LNU Complex, bringing the state's total confirmed loss of life to seven.

Of the 350-plus recreation sites in the San Francisco Bay Area, only about 150 are still open. Parks were being closed from smoke, dangerous fire conditions or fire activity, according to a report by the San Francisco Chronicle.

California Governor Gavin Newsom said Monday that more than 14,000 firefighters and more than 2,400 engines now are working to contain the hundreds of wildfires. Some 2,200 California evacuees from wildfires now are in emergency shelters around the state.