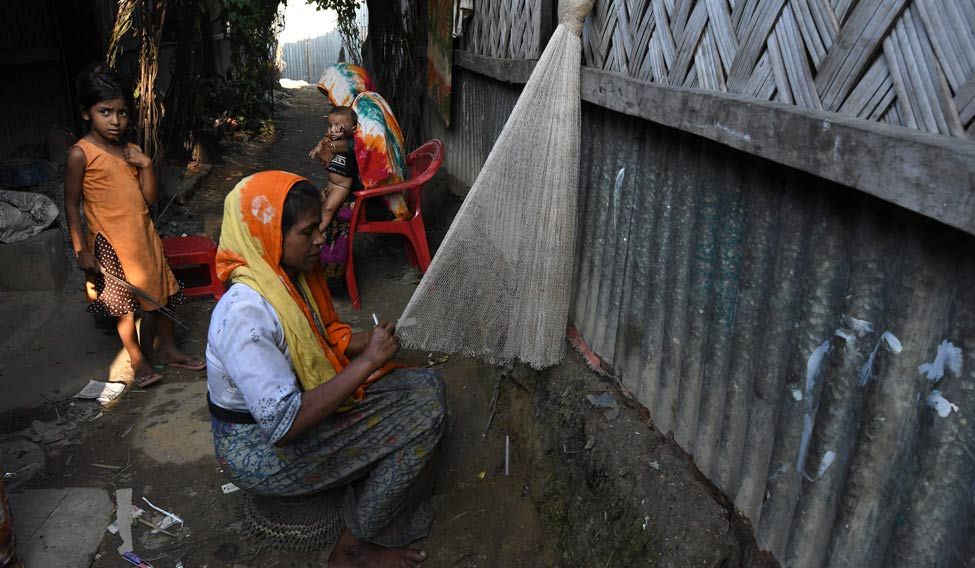 More than 7,000 people have been granted national verification cards (NVC) in Myanmar's northern Rakhine since a verification process started on Oct. 1, the Myanmar News Agency reported on Sunday.
The national verification process is one of the recommendations proposed by an advisory commission on the state, led by former UN chief Kofi Annan.
Using biometric methods for the national identity system, the process is being carried out in areas where stability returned to normalcy, U Aung Min, director of the Rakhine State Immigration and Population Department, was quoted as saying.
The Arakan Rohingya Salvation Army extremist terrorists launched attacks on police outposts in Rakhine on Aug. 25, displacing residents from a number of areas in Maungtaw district.
National verification process is the first step toward scrutinizing citizenship in accordance with the 1982 Citizenship Law, the officer said, urging local people to hold national verification cards as long as they live in Myanmar under the 1949 and 1951 Union Citizenship Acts.
Meanwhile, Myanmar has formed nine private sector task forces to join the mechanism of Union Enterprises for Humanitarian Assistance, Resettlement and Development (UEHRD) in Rakhine state, chaired by State Counselor Aung San Suu Kyi.
The newly established mechanism aims to allow the government and all local and international organizations to work in all sectors and all strata of society for the development of Rakhine state.
Suu Kyi prioritized three main tasks to be done in Rakhine - repatriation of refugees who have crossed over to Bangladesh and providing humanitarian assistance effectively; resettlement and rehabilitation; and bringing development and lasting peace to the region.
The government is also ready to implement a national verification and repatriation process in accordance with agreed criteria set out in a joint statement between foreign ministries of Myanmar and Bangladesh in 1992.