WORLD Over 700 aboard USS Theodore Roosevelt test positive for coronavirus

Over 700 aboard USS Theodore Roosevelt test positive for coronavirus 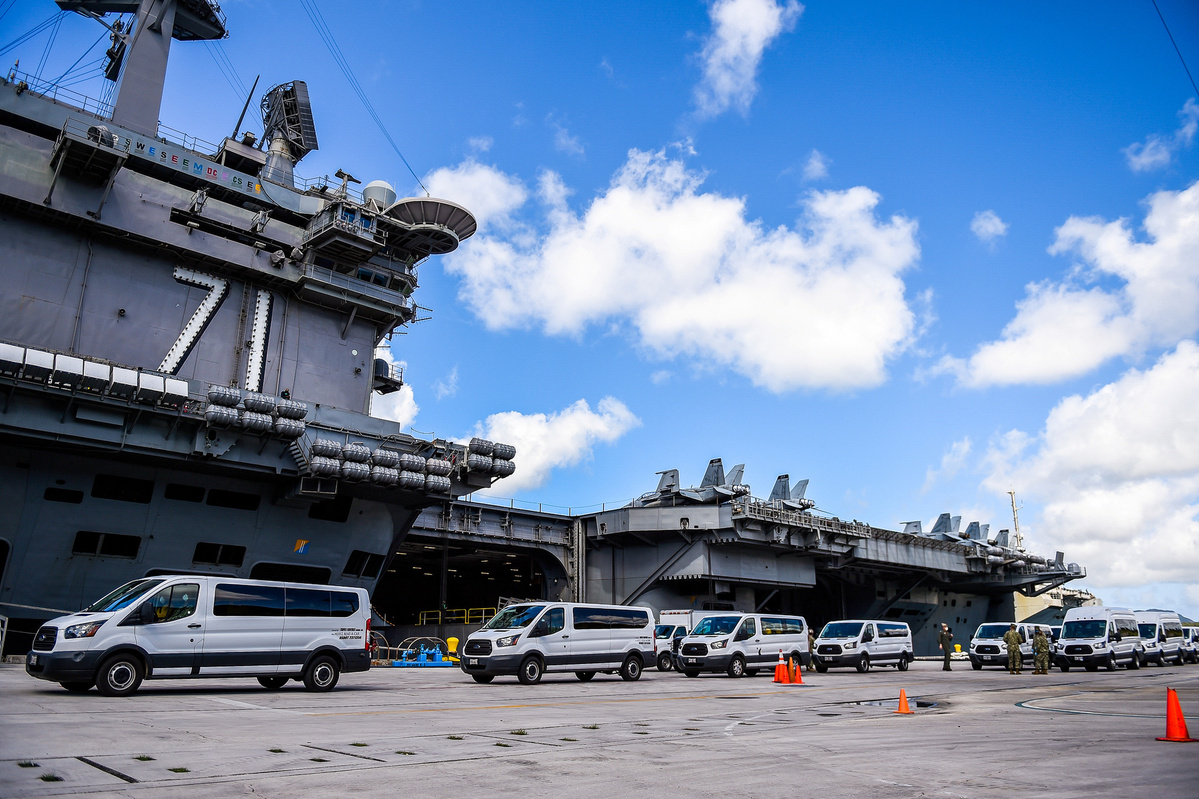 Seabees coordinate transportation of US Navy sailors assigned to the aircraft carrier USS Theodore Roosevelt who have tested negative for coronavirus disease (COVID-19) to locations off base at Naval Base Guam April 10, 2020. (Photo: Agencies)

WASHINGTON - More than 700 crew members from the USS Theodore Roosevelt, a Nimitz-class nuclear-powered aircraft carrier docked in Guam, have tested positive for COVID-19 as of Tuesday, CNN reported, quoting the US Navy.

The Navy said 94 percent of the crew has been tested and at least 3,872 crew members tested negative for the disease.

Nine sailors have been hospitalized for the disease, said the report.

The U.S. Navy and the Centers for Disease Control and Prevention have launched an investigation into the outbreak aboard the carrier, said the report.

The U.S. Navy on Thursday said that a sailor aboard the aircraft carrier died of coronavirus-related complications earlier this month.