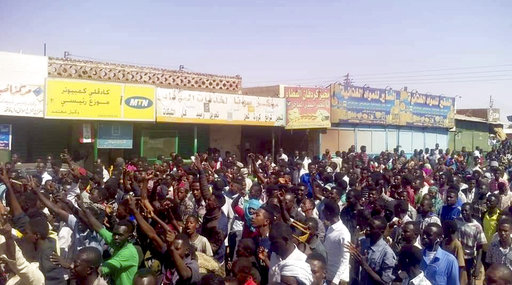 People chant slogans during a demonstration in Kordofan, Sudan. In the capital Khartoum on Dec. 25, 2018, police used tear gas and fired in the air to disperse thousands of protesters attempting to march on the presidential palace to demand that Omar Bashir, Sudan's president of 29 years, step down, according to activists and video clips posted online. (File photo: AP)

More than 800 protesters have been arrested from hundreds of anti-government demonstrations held across Sudan since last month, the interior minister said Monday.

"The total number of protesters arrested until now is 816," Ahmed Bilal Osman told parliament, revealing for the first time the figure for those detained since rallies erupted after an official hike in bread prices.