WORLD Over half of Italy now in COVID-19 'white zone'

Over half of Italy now in COVID-19 'white zone'

ROME, June 14 (Xinhua) -- Over half of Italy or about 40 million of the country's 60 million inhabitants are now in COVID-19 "white zone" as of Monday, meaning that most anti-COVID restrictions are lifted following a new ordinance issued by Health Minister Roberto Speranza. 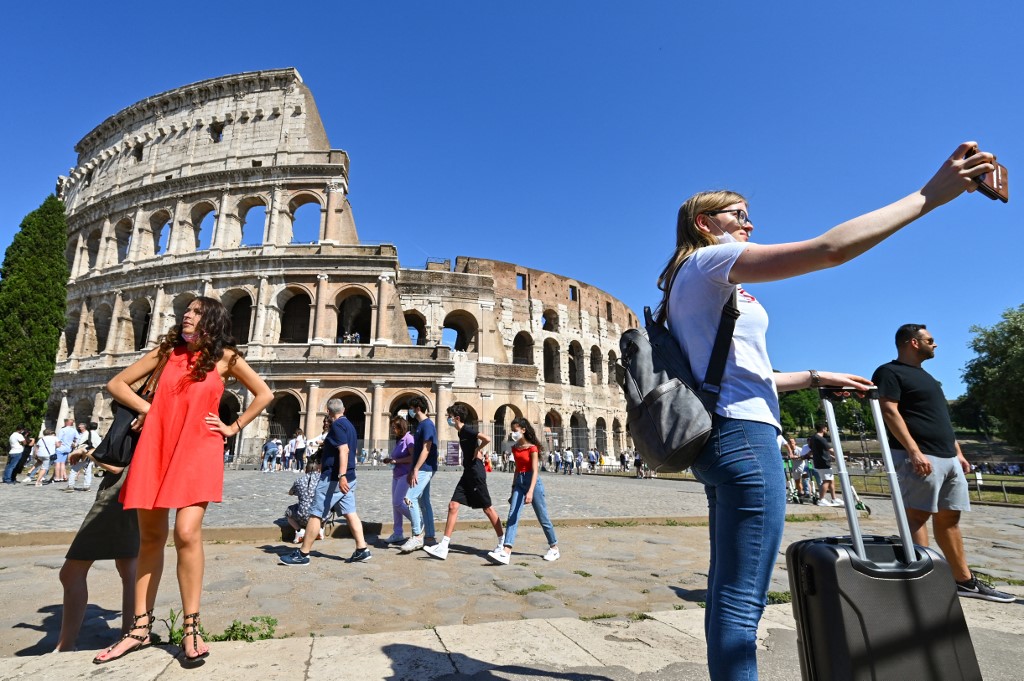 The only remaining COVID-19 regulations are social distancing and mask wearing both indoors and outdoors.

In the ordinance issued on Saturday, the regions of Emilia-Romagna, Lazio (whose capital is Rome), Lombardy (whose capital is Milan), Piedmont, Puglia and the Autonomous Province di Trento could join Abruzzo, Friuli-Venezia Giulia, Liguria, Molise, the island region of Sardinia, Umbria, and the northern Veneto region whose capital is Venice, in the white zone.

According to the latest weekly COVID-19 monitoring report issued on June 11 and data from the National Institute of Health (ISS), "the incidence (of viral transmission) continues to drop," from 36 cases per 100,000 inhabitants on May 24-30 to 26 cases between May 31 and June 6.

"No region or autonomous province is above the critical threshold in terms of ICU or hospital bed occupancy," the ordinance stated.

Italy's seven remaining regions are in a yellow or low-risk zone, with some restrictions still in place, including a midnight to 5 a.m. curfew for people who have not been fully vaccinated.

Figures released on Monday by the Ministry of Health showed that there were a total of 907 new infections nationwide and 36 fatalities.

In a bid to contain the second wave of the pandemic, Italy has been using a color-coded system for COVID-19 situation in different regions in the country since late last year -- white for almost zero risk, yellow for low risk, orange for medium risk, and red for high risk -- with varying restrictions according to the level of virus transmission.

The new ordinance did not specify until when the latest regulations will remain in place.