Overseas Chinese mourn for the 80th anniversary of Nanjing Massacre 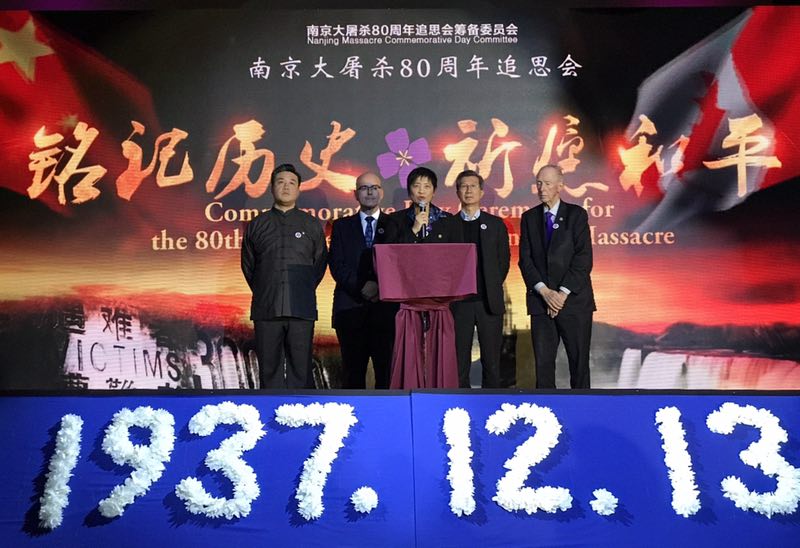 Thousands of overseas Chinese attended a memorial in Toronto, Canada on December 9 to honor the 300,000 Chinese killed in the Nanjing Massacre.

Lin Xingyong, the organizer of the event, told the People's Daily that holding the public rites to mark the 80th anniversary of the Nanjing Massacre is supported by the Chinese community in Toronto.

“We have to make our descendants aware of history, and that's the theme of the rally— to remember history and avoid repeating the tragedy, especially when the Japanese right-wing refuses to recognize such a fact,” Lin said.

More than 300,000 Chinese were killed in a six-week rampage from December 13, 1937 to January 1938 after Japanese troops captured Nanjing, China's capital at the time.