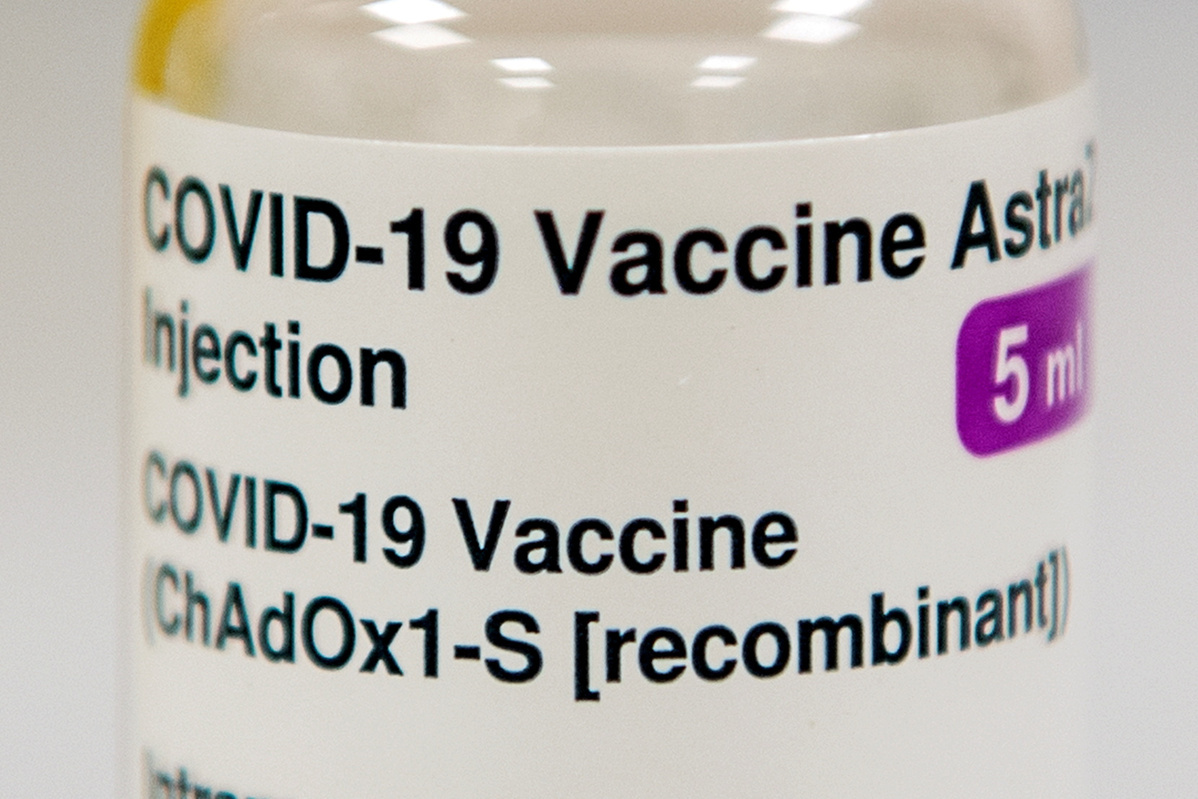 A vial of the Oxford University/AstraZeneca COVID-19 vaccine is seen at the Lochee Health Centre in Dundee, Scotland, Britain, Jan 4, 2021. (Photo: Agencies)

One dose of the novel coronavirus vaccine produced by AstraZeneca and the University of Oxford provides protection from the virus for at least three months, according to new analysis that also found the jab inhibits transmission.

Announcing the dual wins, Oxford University scientists said those who have received an injection are therefore less likely to spread the virus to others, a fact that had not previously been proven by research.

They also said the United Kingdom's dosing strategy, in which the second dose of the vaccine is administered 12 weeks after the first and which had been criticized by some other nations, has now been shown to be optimum.

Results from a preprint study published in the journal The Lancet revealed that the so-called Oxford vaccine "shows sustained protection" during the three-month interval. The researchers said that the vaccine was 76 percent effective between day 22 and day 90 of receiving the first dose. The 22-day interval is the period of time the vaccine requires to induce an immune response.

The researchers also said that there was a 67 percent reduction in positive swabs taken from vaccinated people in the UK.

"That's a big reduction of the number of individuals in the community who would be able to pass on to others," Oxford Vaccine Group Director Andrew Pollard told the BBC.

UK Health Secretary Matt Hancock said the "encouraging study "was a sign that the "vaccine works and works well".

"This news about the Oxford vaccine is absolutely superb," Hancock said on Twitter. "This… should give everyone confidence that this jab works not only to keep you safe, but also to stop you from passing on the disease to others."

Several health experts had questioned the UK's approach of having a longer delay between doses than the three-to-four-week interval recommended by most vaccine makers. The intent behind the strategy had been to offer a larger number of people a first dose. Critics argued there was insufficient evidence that protection would persist for such a long time.

The new study, which is yet to be peer-reviewed, provides valuable additional results to a smaller dataset from interim trials that the UK's Joint Committee on Vaccination and Immunization, or JCVI, had relied upon to form the 12-week policy.

"There is good protection from the first dose, right up until the second dose is given, which is extremely good news," Pollard said. "It also supports the policy recommendation made by the JCVI for a 12-week prime-boost interval, as they look for the optimal approach to roll out, and reassures us that people are protected from 22 days after a single dose of the vaccine."

The UK is also currently using an additional jab, from Pfizer and BioNTech, in its vaccine campaign, though the Lancet paper only presents results on the impact of the 12-week delay on the Oxford vaccine.

Oxford University said that accompanying data regarding variants of the novel coronavirus can be expected in the coming days.