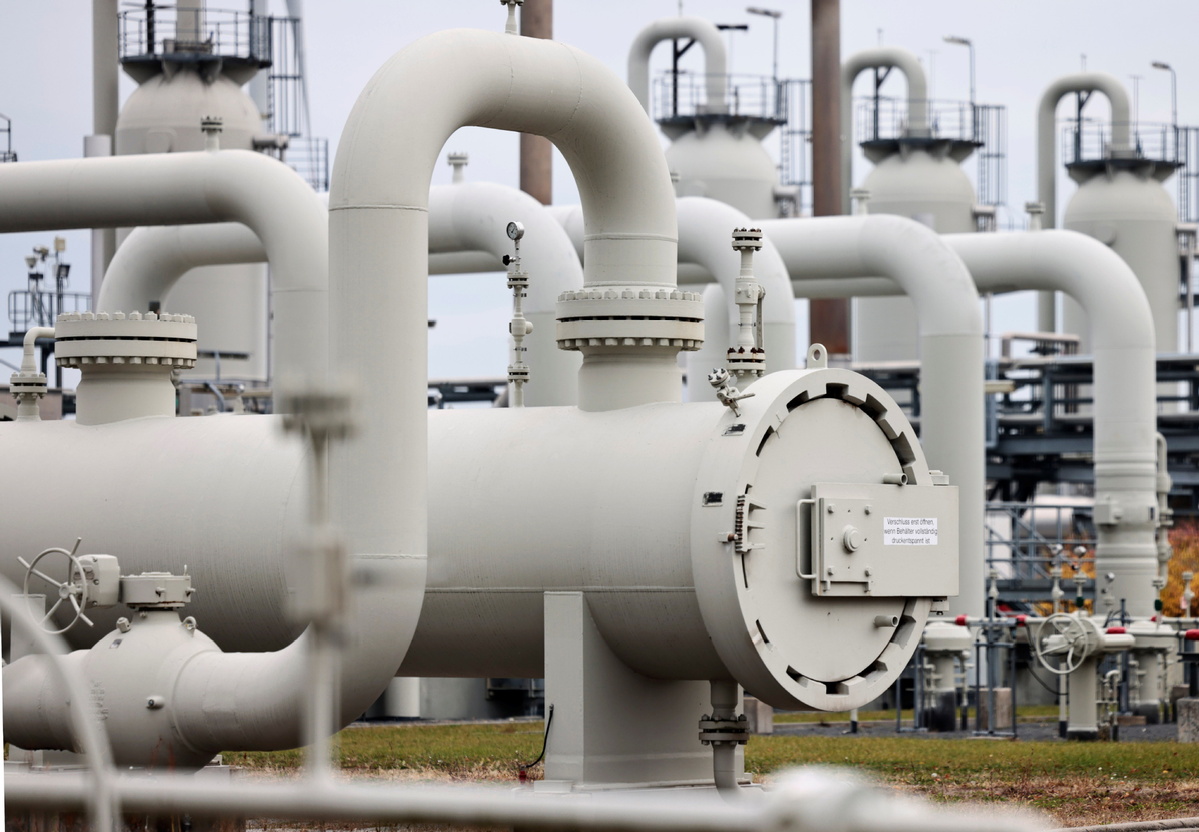 Pipes are pictured at a gas compressor station in Mallnow, Germany, on Nov 1, 2021. [Photo/Agencies]

The European Commission on Thursday revised downwards its outlook for next year, warning that staggering energy prices would impact utility bills and affect people's spending power and investment.

European Commissioner for Economy Paolo Gentiloni told a news conference that the Commission had "a very positive outlook but a quite high level of uncertainty."

The commission's autumn forecast raised the growth outlook for this year to 5 percent from the 4.8 percent predicted in summer while the 2022 growth forecast dropped to 4.3 percent from 4.5 percent. For 2023, it is estimated to hover around 2.4 percent.

Gentiloni said that at almost 14 percent in annual terms, the rate of GDP growth in the EU in the second quarter of 2021 was the highest reading on record and as high as the unprecedented fall in GDP in the same period last year, during the first wave of the pandemic.

Domestic demand is set to continue to drive this expansion but the growth momentum is facing "new headwinds" -- bottlenecks and disruptions in global supply, especially on raw materials, which are weighing on manufacturing in the EU and rising inflation, driven largely by a spike in energy prices, particularly for natural gas, which "increased at a tumultuous pace" over the last month. These, added to rising numbers of COVID-19 infections, are "set to weigh on consumption and investment."

Despite the negative-than-predicted outlook for the EU, the Commission raised its growth forecast for the year for the 19-country euro area, saying that the economy was bouncing back from the worst of the coronavirus pandemic as people went back to work.

"The European economy is moving from recovery to expansion but is now facing some headwinds," Gentiloni said in a statement. "We must remain vigilant and act as needed to ensure these headwinds do not blow the recovery off course," he added.

On employment, the Commission said it expected it to surpass its pre-crisis level next year and move into expansion in 2023. The unemployment in the EU is forecast to decrease from 7.1 percent this year to 6.7 percent and 6.5 percent in 2022 and 2023. In the euro area, it is projected at 7.9 percent, 7.5 percent and 7.3 percent over the three years.