WORLD Pacific clean-up after homes 'blown to smithereens' by superstorm

Pacific clean-up after homes 'blown to smithereens' by superstorm 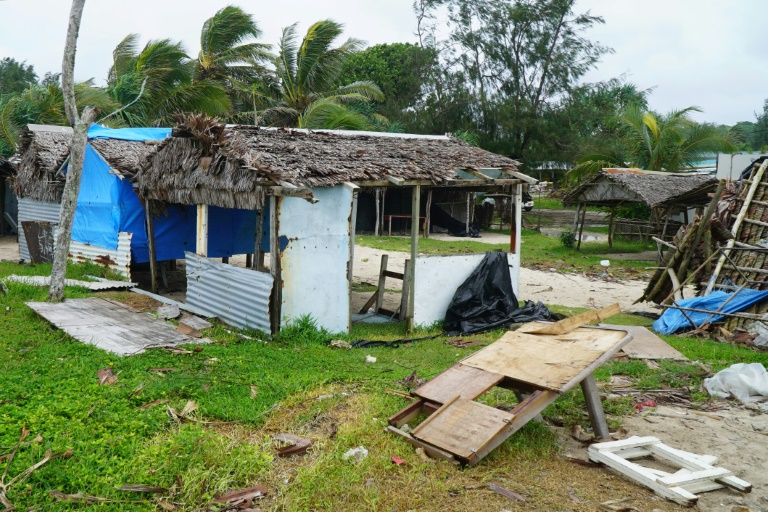 The cyclone careened through the South Pacific last week, peaking as a Category Five superstorm that gouged a trail of destruction across the Solomon Islands, Vanuatu, Fiji and Tonga.

With aid efforts hampered by coronavirus-related travel restrictions, World Vision said up to 35 percent of Vanuatu's 300,000 population were in temporary shelters after losing their homes.

She said in some areas the destruction was worse than the last Category Five system to hit the country, Cyclone Pam in 2015, which flattened the capital Port Vila and wiped out almost two-thirds of the country's economic capacity.

"After Pam, people were able to pick up the pieces pretty quickly, put a tarp on the roof and replant the garden," she said.

"What we're seeing from Harold is that houses have been blown to smithereens, there's nothing to pick up."

She said there was extensive damage on the islands of Pentecost, Ambae and Santo, where Vanuatu’s second-largest town, Luganville, took a direct hit.

The death toll in Vanuatu stands at three, although Gates Derousseau said that could rise as information filtered in from hard-hit remote areas.

In the Solomons, 27 people died when they were washed from the deck of an inter-island ferry, while the Red Cross said there was one fatality in Fiji.

No deaths were recorded in Tonga, where at least three tourist resorts and more than 400 homes were badly damaged.

Mark Lowcock, the UN head of humanitarian affairs and emergency relief, pledged US$2.5 million towards drinking water, food, shelter and healthcare in Vanuatu.

"The government and first responders in Vanuatu did an excellent job of making people safe ahead of the storm hitting and meeting immediate needs after it hit," he said in a statement.

"As the extent of the destruction becomes clear, this UN funding will ensure aid supplies are maintained and reach the people who need it."

The coronavirus pandemic has complicated disaster relief efforts, with Vanuatu reluctant to open its international borders as it seeks to remain one of the few countries without any confirmed cases of the virus.

Gates Derousseau said this meant aid distribution to some areas of Vanuatu had been slow, but the government could not afford to risk importing the disease.

"From the outside, it looks frustrating," she said.

"There's no choice though, a COVID-19 outbreak on top of the cyclone would be unfathomable."

She said all internationally sourced supplies went through strict quarantine measures before entering the country.