BOSTON (AP) — A package exploded on the campus of Northeastern University in Boston late Tuesday, and the college said a staff member suffered minor injuries. Authorities said another suspicious package was found near a prominent art museum and the FBI was assisting with the investigation. 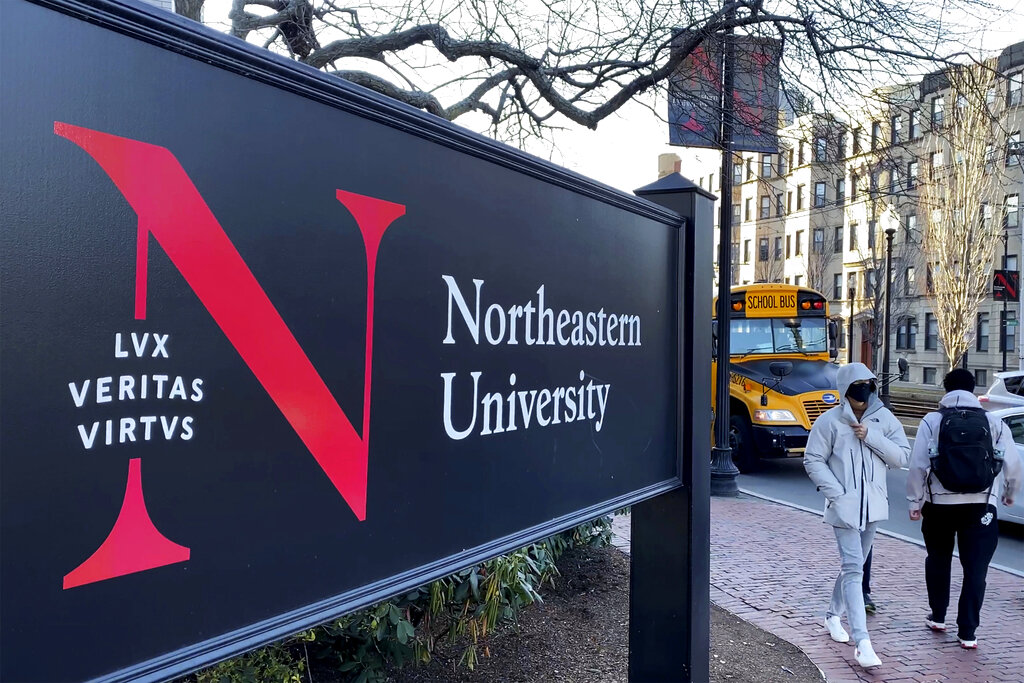 Students walk on the Northeastern University campus in Boston on Jan. 31, 2019. (Photo: AP)

The parcel that blew up was one of two that were reported to police early in the evening. Boston's bomb squad was at the scene of the second package near the city's Museum of Fine Arts, which is on the outskirts of the Northeastern campus.

NBC Boston reported that the package that exploded went off as it was being opened near the university's Holmes Hall, which is home to the university's creative writing program. It said the FBI was assisting the investigation.

Authorities declined to elaborate, but Northeastern spokesperson Shannon Nargi said in a statement that an unidentified university staff member suffered minor injuries in the explosion.

Police converged on the campus shortly before 7:30 p.m., and the university asked students who had gathered for an evening journalism class at the hall to evacuate the building.

Northeastern is a private university in downtown Boston. WCVB said one of its reporters, Mike Beaudet, was teaching a class there at the time. Beaudet told the station his class was moved outside but that neither he nor his students heard an explosion.

Harvard University and the Massachusetts Institute of Technology, both on the other side of the Charles River separating Boston from Cambridge, said they were increasing patrols on their campuses as a precaution and urging students and faculty to report anything suspicious.