Painting looted by Nazis returned to Jewish heirs in Germany 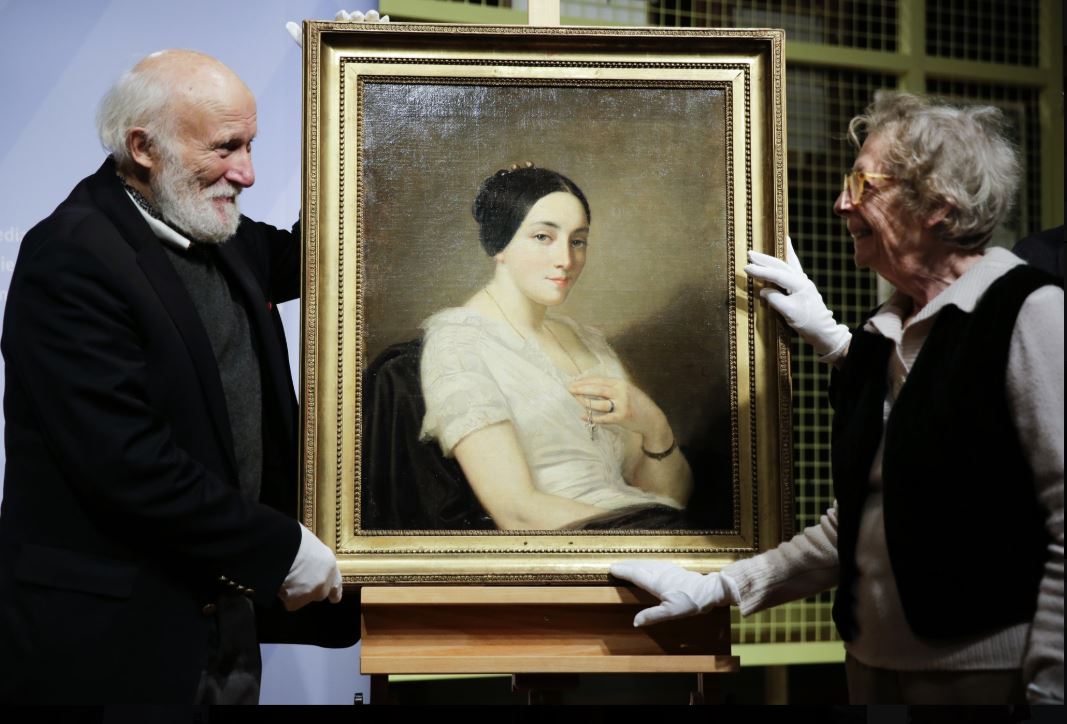 Officials have returned a painting looted by the Nazis to the heirs of a Jewish French politician and resistance figure who was executed during World War II.

“Portrait of a Seated Young Woman” by Thomas Couture, which belonged to Georges Mandel, was discovered in late collector Cornelius Gurlitt’s art trove while German authorities were investigating a tax case in 2012.

The reclusive Bavarian collector inherited much of a 1,500-piece collection from his father, Hildebrand Gurlitt, an art dealer who traded in works confiscated by the Nazis. Many are thought to have been looted from their original Jewish owners, but provenance research has been slow and only a few have been restituted.

Culture Minister Monika Gruetters pledged at Tuesday’s handover to Mandel’s relatives to do everything possible to return stolen art to its rightful owners.