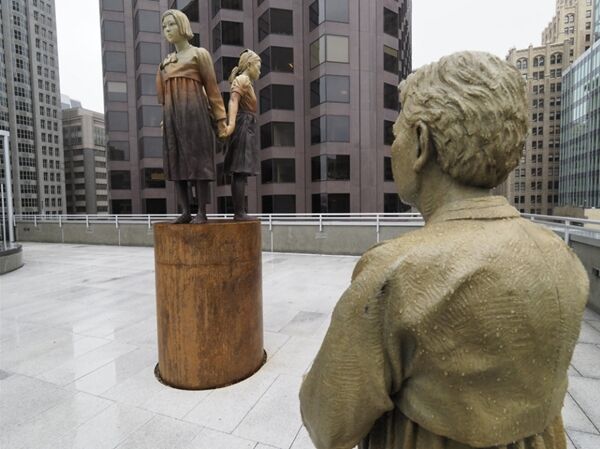 A "comfort women" victim herself, Xueshun Jin first spoke out about her own suffering on August 14, 1991 and revealed the heinous crimes the Japanese committed during the war.

The exhibition featured more than 130 pencil paintings by Jingxin Li showing how she cured “comfort women” victims through her drawings at the "Share Home" in Gyeonggi-do, Korea from 1993 to 1997.

Jingxin Li said the victims had appeared just like magnolias about to blossom as teenage girls, but those flowers never got a chance to bloom because of the war; and she hoped that the aged victims would be remembered for their courage to forge a new life through her paintings.