WORLD Pak-China relationship is an example for the world: Imran Khan

Pak-China relationship is an example for the world: Imran Khan 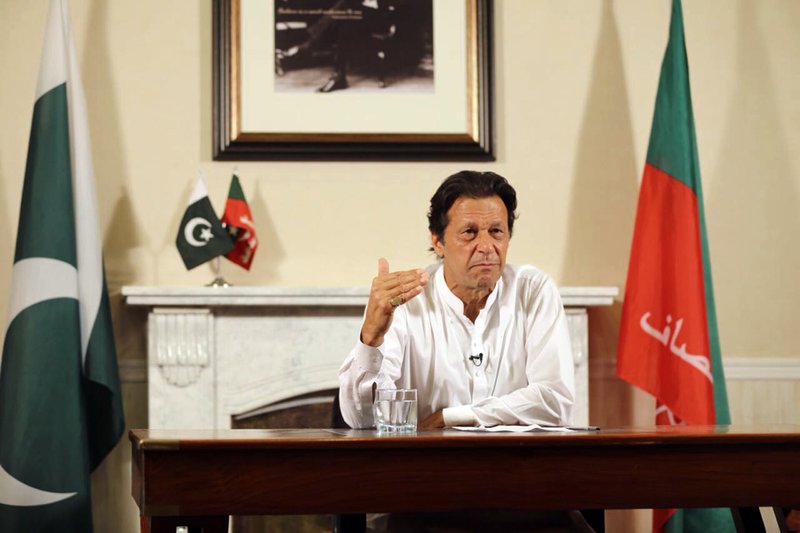 Islamabad (People’s Daily) – Pakistan’s newly elected leader, Imran Khan said, “The Pak-China relationship serves as an example for the world.” The Pakistan Tehreek-e-Insaf (PTI) party chairman said the words during a meeting with the Chinese Ambassador to Pakistan, Yao Jing, on Monday.

“We’ll work to improve relations with China and hopefully through our joint efforts can improve the regional situation as well,” Khan added, local media reported.

The 65-year-old former cricket star’s victory speech on Thursday almost surprised his fellow countrymen as he praised CPEC and China.

“We will strengthen and improve our relations with China. We want to work towards the success of CPEC. We want to send teams to China to learn more about poverty alleviation,” the new leader said during a nationwide televised broadcast.

Khan’s remarks were translated into Chinese and published on PTI’s official Twitter account. The Chinese tweet not only earned thousands of likes on Twitter, but also became a hot topic on Weibo, Twitter’s equivalent in China, winning the hearts of Chinese netizens overnight.

Few had expected his remarks about China to be delivered with such a high tone, even though it was expected he would include positive words considering the strategic bilateral relationship and long-lasting friendship the two countries have always enjoyed, one observer said.

“People were not considering that Imran Khan would talk about China in such a high way, but he has done such a better job than we expected,” Zamir Asadi, a CPEC and China reporter with Independent News Pakistan, told People’s Daily on Thursday.

For Khan’s first public speech since winning the election, it was an important and meaningful one, Asadi noted.

“Now, we are very optimistic. We really appreciated his speech because he described many things in a positive way, especially where China is concerned. He delivered a very positive message,” Asadi said.

In the past, Khan has been described mainly by media, especially some western media, as a “troublemaker,” who from time to time has made negative remarks related to CPEC projects. However, it is often overlooked that most of his criticisms were made during the previous government’s economic policies and management related to CPEC.

“Much of his criticism was focused on the efficiency and corruption issues of the previous government,” Zamir Awan, an expert on Pakistan-China relations at the National University of Sciences and Technology, told the People’s Daily on Monday.

He noted that it was normal for Khan to propose questions as he was the leader of a major opposition party at that time, adding that some of his comments were also later misread by media and then communicated to the public.

Now it seems some believe that Khan will facilitate CPEC developments by improving governance and push forward the Pak-China relationship to new levels.

“At least he is an honest man who lives up to his words,” Awan said.