Pakistan agrees to hold corridor talks with India on July 14 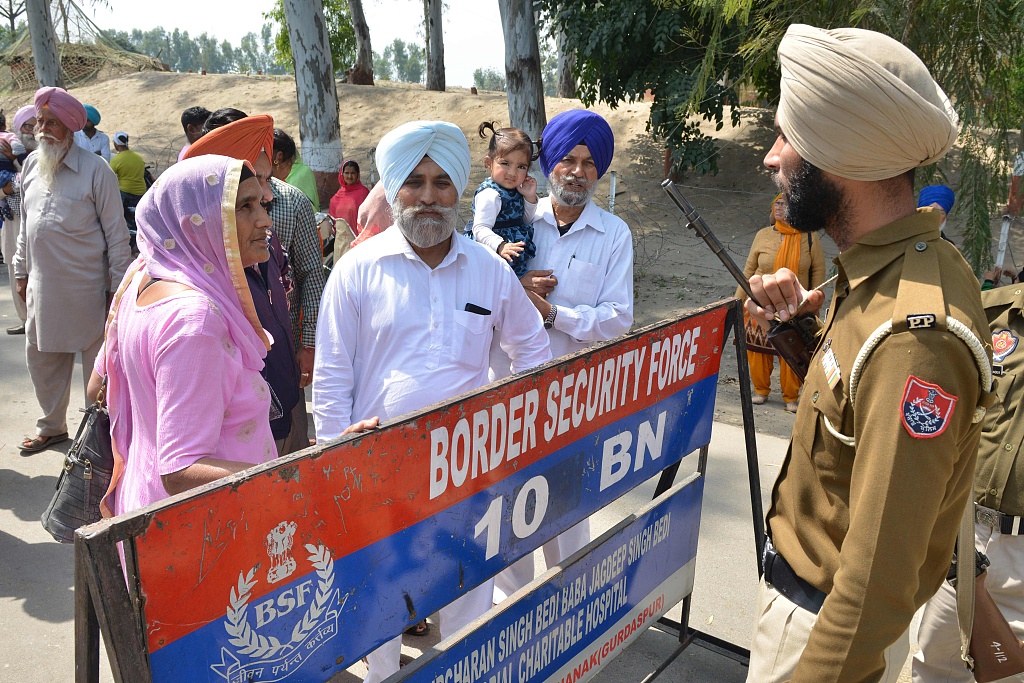 Punjab Police personnel prevent Sikh pilgrims from going ahead along a road at Dera Baba Nanak, some 45 kms from Amritsar on March 19, 2019. (Photo: VCG)

ISLAMABAD, July 2 (Xinhua) -- Pakistan said on Tuesday that it has conveyed its consent to India to discuss the draft agreement for finalizing the modalities of a corridor to allow Indian Sikh community to visit one of their sacred sites on the Pakistani side of the border, said a statement from Pakistan's Ministry of Foreign Affairs.

The Kartarpur Corridor was opened by Pakistan in eastern Punjab province as a move to ease tension with India.

Earlier on Sunday, Indian state-run broadcaster All India Radio reported that India has proposed July 11 to July 14 to Pakistan for holding a fresh round of talks on the Kartarpur Corridor.

Pakistan's Foreign Ministry said the country on Tuesday conveyed to India that the second meeting to discuss the draft agreement for finalizing the modalities of Kartarpur Corridor and related technical issues will be held on July 14 at eastern Wagah border crossing.

"The Indian side has been requested to convey the composition of its delegation," said the Foreign Ministry. The statement said Pakistan remains committed to expediting progress on the matter to ensure that the corridor is operationalized in November 2019.