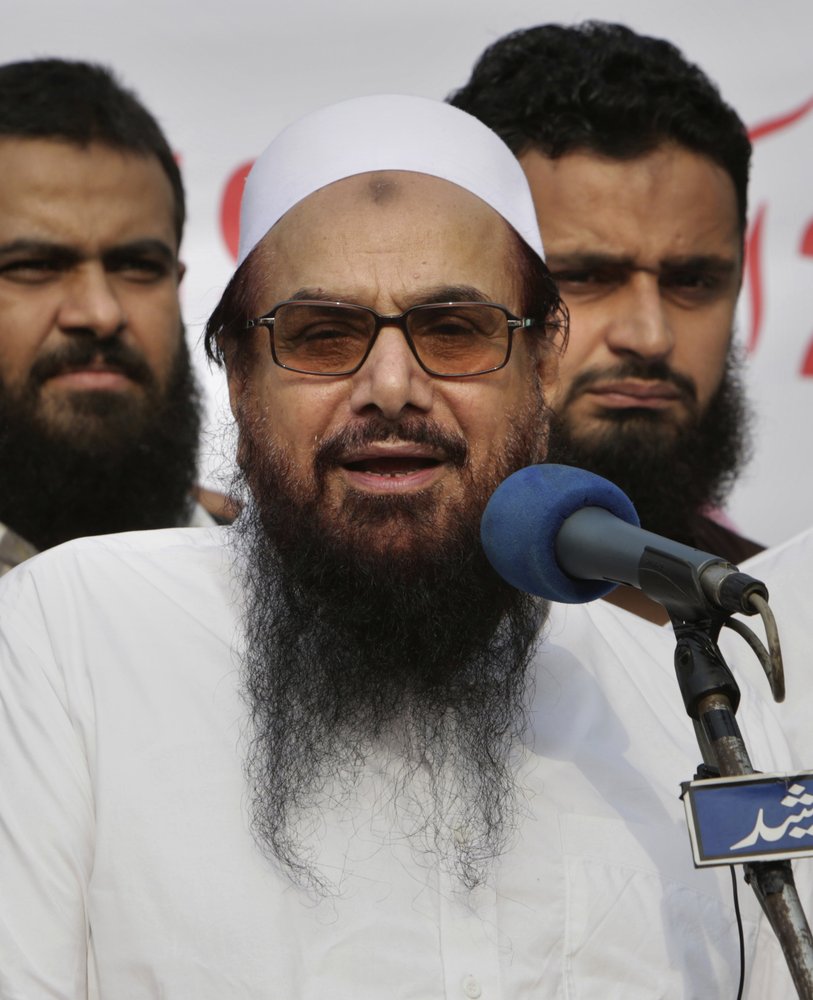 Hafiz Saeed was taken into custody in Punjab province while traveling from the eastern city of Lahore to the city of Gujranwala, according to counterterrorism official Mohammad Shafiq.

Saeed founded the Lashkar-e-Taiba group, which was blamed for the Mumbai attacks that killed 166 people. His charity organizations, Jamaat-ud-Dawa and Falah-e-Insaniat, are alleged fronts for Lashkar-e-Taiba.

The United States has offered a $10 million reward for Saeed’s arrest and Washington recently stepped up pressure on Islamabad to crack down on terror groups.

In response, Pakistan registered over a dozen cases against Saeed and several of his associates, accusing them of funding militant groups through charities and leading to Wednesday’s arrest.

“After a ten year search, the so-called “mastermind” of the Mumbai Terror attacks has been arrested in Pakistan,” President Donald Trump tweeted Wednesday. “Great pressure has been exerted over the last two years to find him!”

Prime Minister Imran Khan was to leave for Washington over the weekend on his first official visit to the United States as premier.

After his arrest, Saeed was taken before a judge and was ordered held in jail until the next hearing on Tuesday, Shafiq said. The cleric had been en route to Gujranwala to post bail in the terror financing case but was detained before he could do so.

In Pakistan, a suspect can be free on bail pending investigation and trial.

Saeed’s spokesman Nadim Awan denounced the arrest and said the cleric had dissociated himself from Lashker-e-Taiba in 2001 and has had no links with the organization since then. Lashker-e-Taiba was banned in 2002.

Awan said they would challenge Saeed’s arrest before a higher court.

Until the terror financing case, Saeed had for months lived freely in Pakistan, often addressing anti-India rallies for which he became popular amid a dramatic confrontation between the two nuclear-armed rivals earlier this year.

Saeed’s two charities were banned in February last year, and the government froze their assets in compliance with a U.N. request. Pakistan’s Supreme Court last September allowed them to resume operations only to be banned again earlier this year under a government action plan against terrorism and extremism.

Previously, Saeed had been detained several times, along with some of his close aides, but had not been charged or put on trial.

He was taken into custody in January last year and kept under house arrest for 11 months until a court order ended his detention in November. He was also detained in 2001 and 2008, when he was kept confined to a government-run house and at his home.

In recent months, the government also took over schools, mosques, seminaries and all properties linked to Saeed’s charities and froze their assets.

Pakistan is currently on the Financial Action Task Force’s grey list, denoting its status as a haven for money laundering. It has until October to avoid black listing.