WORLD Pakistan can survive without US aid: foreign minister

Pakistan can survive without US aid: foreign minister 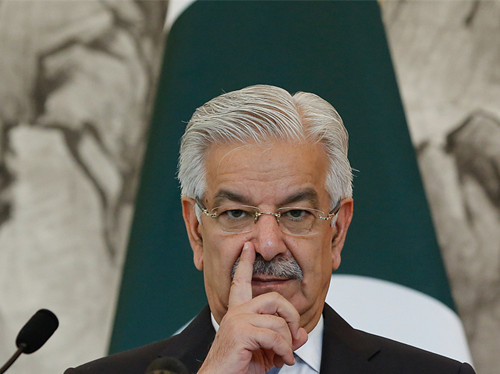 Pakistan Foreign Minister Khawaja Muhammad Asif said on Thursday that his country will be able to survive without aid from the US like it did in the past, in response to the US decision to suspend assistance to Pakistan, according to pakistantoday.com.

He also claimed that the US benefitted from the Afghan war, while Pakistan was left to face immense trouble and destruction.

The US State Department announced the suspension of security assistance to Pakistan on Thursday, saying that the US will not deliver military equipment or transfer security-related funds to Pakistan unless required by law.

State Department spokesperson Heather Nauert said in a press briefing that the exact sum of the assistance is still being figured out.