ISLAMABAD, March 23 (Xinhua) -- Pakistan observed its 79th Republic Day on Saturday and vowed to achieve the goal of reforming the country into a welfare state, according to commemorating messages by the country's top leadership. 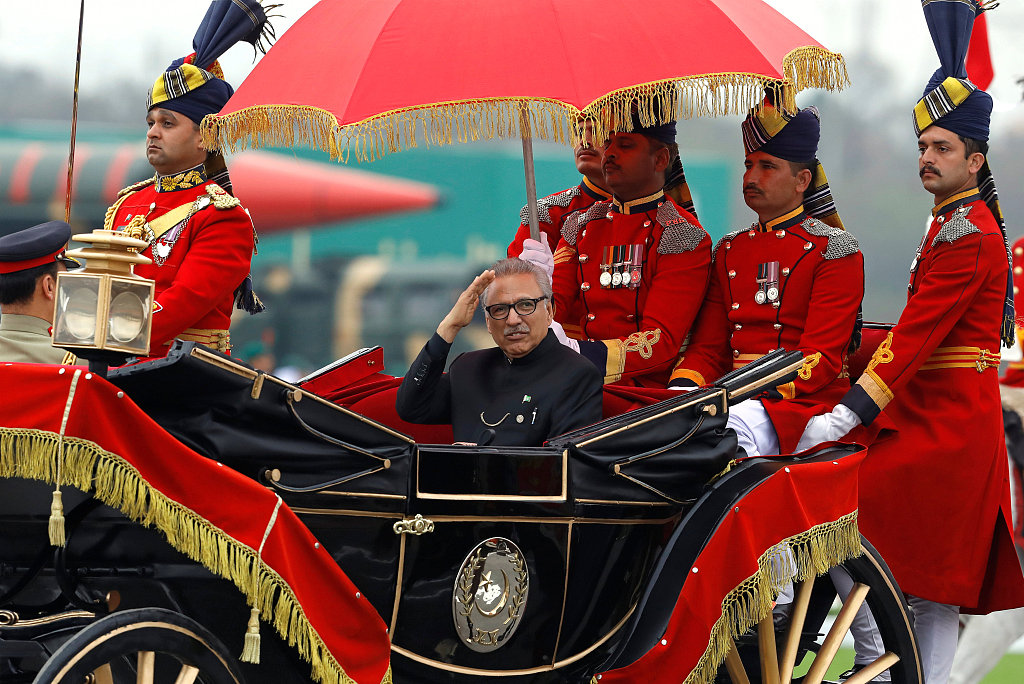 President Arif Alvi addressed a military parade here that the nation had overcome challenges pertaining to extremism and terrorism, but Pakistan is yet to make efforts for excelling on social and economic fronts to deal with the challenges of poverty, hunger, unemployment and extremist mindset.

"Pakistan believes in dialogue and peaceful means to resolve the issues and it desires to move forward by leaving behind the bitterness of past," the president added.

Prime Minister Imran Khan in a separate message expressed resolve to establish a welfare state, whereby every person can contribute towards socio-economic development to the best of their ability.

Pakistan wishes to have good relations with all its neighbors and wants to play its role in poverty alleviation in the region, said Khan.

The Republic Day, also known as the Pakistan Day, commemorates March 23, 1940 when a resolution was passed in Lahore, now Pakistan's eastern city, to demand a separate homeland for Muslims of the subcontinent from the British.

The military parade was held at the Shakarparian Parade Ground in Islamabad, which was attended by the country's leaders and guests from within and without the country.

A smartly turned out contingent of Pakistan Armed Forces presented the guard of honor followed by the march-past.

Various contingents from China, Azerbaijan, Saudi Arabia, Turkey, Bahrain, Sri Lanka and Brunei participated in the parade and airshow, according to the Pakistan army's media wing the Inter-Services Public Relations.

A fleet of fighter jets, including the JF-17 Thunder and F-16, and helicopters from the Pakistan Air Force performed a fly-past. A group of J-10 fighter jets of China's Bayi Aerobatic Team also performed during the parade and received warm applaud from the hundreds of people presented at the venue. 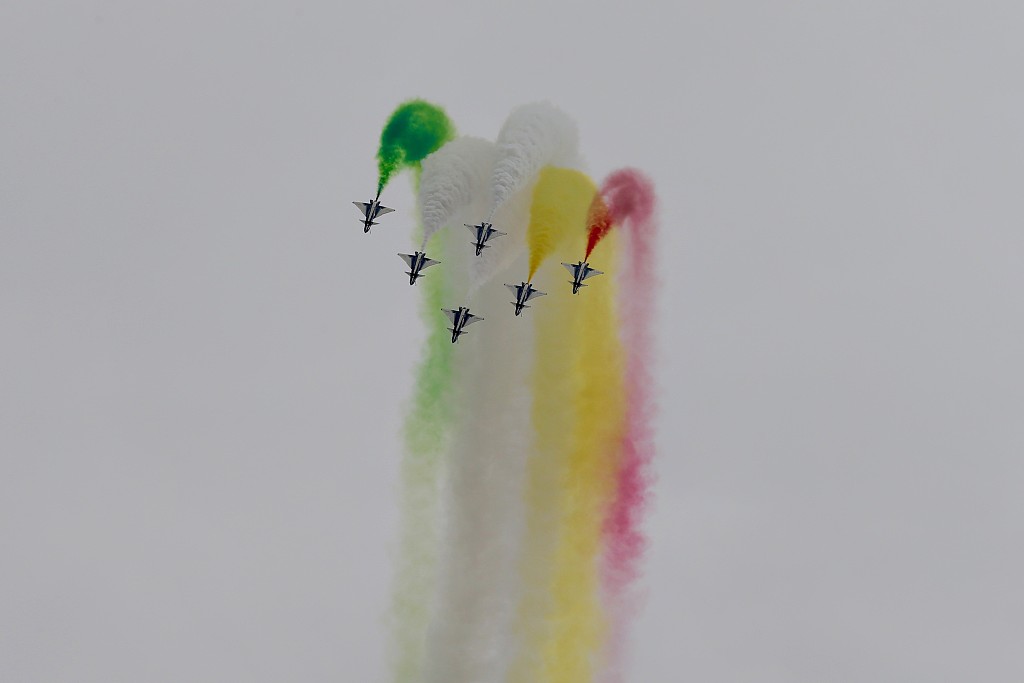 A special award distribution ceremony would also be held at the President House on Saturday evening where notables, including foreigners, would be conferred upon Pakistan civil awards in recognition of their services in their respective fields for the development of Pakistan.

Cover image: Pakistani camel-mounted band march past during the Pakistan Day parade in Islamabad on March 23, 2019.