ISLAMABAD, Nov. 20 (Xinhua) - Pakistan on Tuesday strongly condemned the suicide attack on a wedding hall in Afghan capital Kabul that has killed at least 40 people. 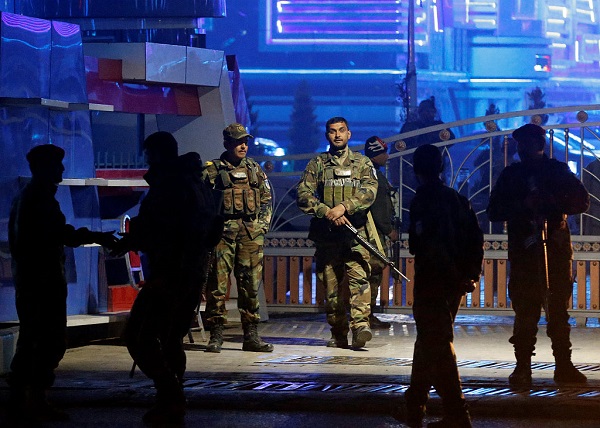 "Perpetrators are condemnable for this heinous attack by all religious and human standards. We condemn terrorism in all its forms and manifestations," Pakistani Foreign Ministry spokesman Mohammad Faisal said.

"We fully stand with and share the grief of the people of Afghanistan at this sad moment," the spokesman said in a statement.

He also expressed his deep sympathies and heartfelt condolences to the families and friends of those who have lost their lives and pray for swift recovery of the injured.