ISLAMABAD, May 23 (Xinhua) -- Pakistan on Thursday conducted a training launch of Shaheen-II, a surface-to-surface ballistic missile, said a statement from Pakistan army. 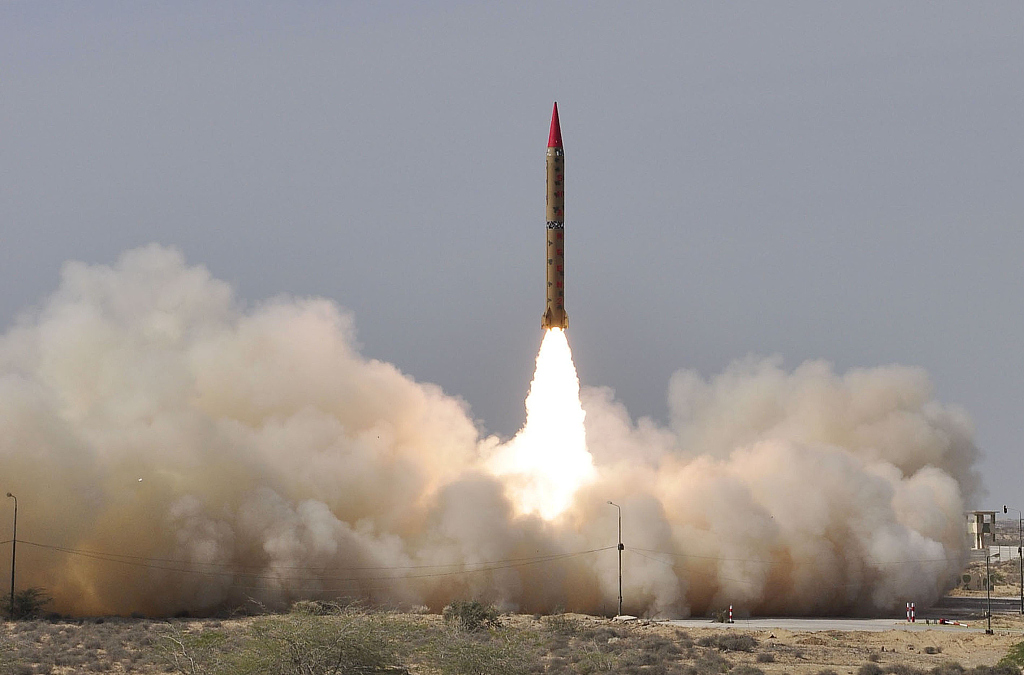 The Inter-Services Public Relations (ISPR), the media wing of Pakistan army, said "The training launch was aimed at ensuring the operational readiness of the Army Strategic Forces Command."

According to the ISPR, the Shaheen-II missile is capable of carrying both conventional and nuclear warheads up to a range of 1,500 km.

The army's media wing described the missile as a "highly capable missile which fully meets Pakistan's strategic needs towards the maintenance of desired deterrence stability in the region."

Senior officers from the Army Strategic Forces Command, scientists and engineers of the strategic organizations witnessed the launch with an impact-point in the Arabian Sea.

Pakistani President Arif Alvi and Prime Minister Imran Khan also extended their congratulations to the scientists and engineers on the national achievement.