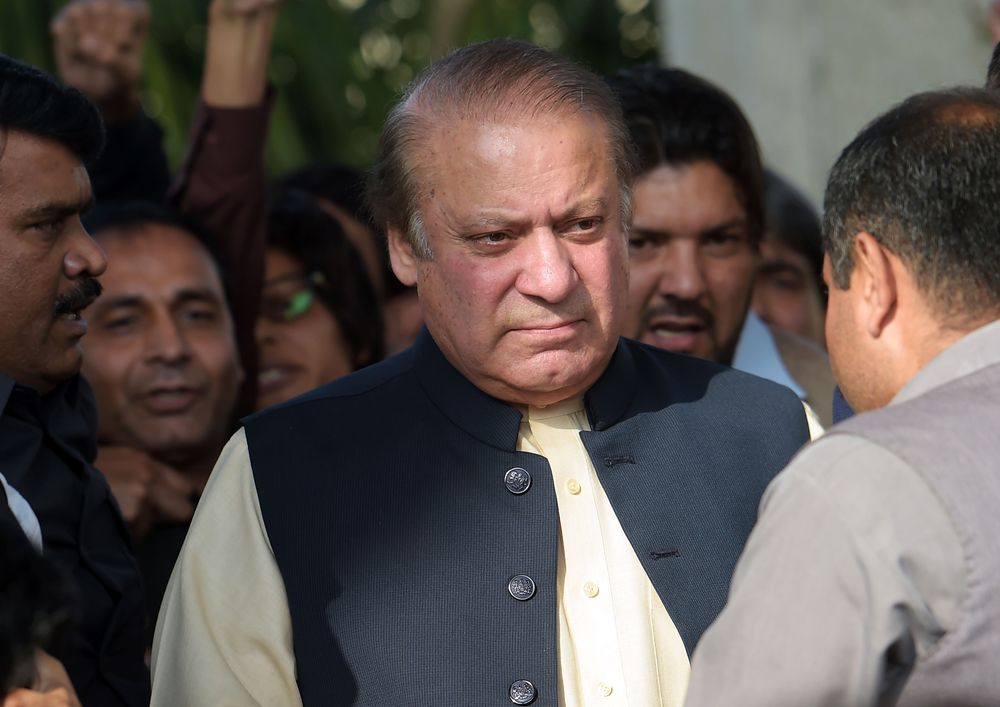 A Pakistani court indicted former Prime Minister Nawaz Sharif on corruption charges related to the purchase of London flats, adding to political turmoil ahead of elections next year.

“We did not get justice, we are being deprived of a fair trial,” Maryam, who is seen as a potential heir to the Sharif political dynasty, told reporters outside the court in the capital, Islamabad. “The party is united under Nawaz Sharif.”

Sharif was disqualified by the Supreme Court in July following last year’s leaks from a Panama law firm, which showed his children used offshore companies to purchase high-end properties in the U.K. capital. Opposition leader and former cricket star Imran Khan then led a highly-charged anti-corruption campaign, which prompted the top court to mandate an investigation into the Sharif family businesses.

However, Parliament last month passed a bill allowing Sharif to return to politics as chairman of the ruling Pakistan Muslim League-Nawaz party.

Sharif’s PML-N now faces stiff competition at next year’s poll. Despite winning a by-election in Lahore last month after Sharif had to vacate his seat, the ruling party lost some share of its vote to Khan’s party and right-wing religious outfits.

“It’s a polarized situation,” said Hasan Askari Rizvi, a Lahore-based political analyst. “The case will take two to three months to conclude, if there are no unnecessary delays.”

While the charges were expected, with little impact on the KSE100 stock index on Thursday, the political uncertainty has weighed on the nation’s equity benchmark, which is the worst performer in Asia this year. It has dropped as much as 25 percent from its peak in May.

“The negative political developments raise the likelihood of heightened tensions in the lead-up to Pakistan’s 2018 elections,” Oliver Bell, a portfolio manager at T. Rowe Price Group Inc in London, said before the court decision. The narrowing gap between Sharif and Khan’s parties “could result in a more heated political process -- increasing the chances of violence.”