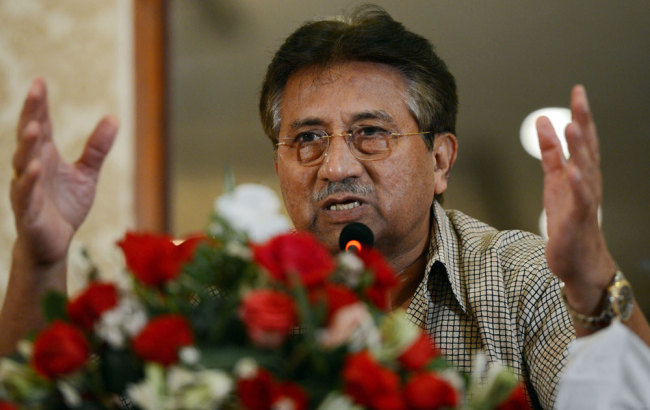 Former Pakistani president Pervez Musharraf speaks to the media during a news conference in Karachi on March 27, 2013. (Photo: AFP)

A Pakistani court on Monday overturned the death sentence given to the country's former president, Pervez Musharraf.

The Lahore High Court ruled that the special tribunal formed to try the ex-president was not legal. Musharraf's defense team had petitioned the high court following the tribunal's conviction last December that the former president was guilty of imposing emergency laws in violation of the constitution.

Musharraf dismissed the government of former Prime Minister Nawaz Sharif in 1999. Eight years later, he declared a state of emergency. Musharraf resigned in 2008.

Musharraf's lawyer Azhar Sadique hailed the court's verdict, but said "let us see how government reacts." He claimed that Musharraf was a political target and had been falsely charged with treason by the government in 2014 after Sharif was elected prime minister the year before.

The conviction and death sentence handed down to Musharraf in December was heavily criticized by Pakistan's military and the ex-president's All Pakistan Muslim League opposition party.

On Monday, Musharraf told Pakistan's ARY news channel that he was "happy" about the hearing's outcome.

"As far as my health is concerned, I am now feeling better," he added.

Musharraf's health last month deteriorated and he was allowed to leave detention for treatment in a hospital.

Musharraf's spokeswoman, Mehrene Malik Adam, told The Associated Press that the Lahore court had delivered "justice" in a case "which was based on false allegations."

Musharraf says the special court that tried him in intervals from 2014 to 2019 rejected his requests to record a statement in Dubai. He had been living in there since 2016, when he left Pakistan to receive medical treatment.

A Pakistani court ousted ex-premier Sharif in 2017 on corruption charges. He is currently staying in London for medical treatment on bail.