Pakistan does not want war with India, says military spokesman 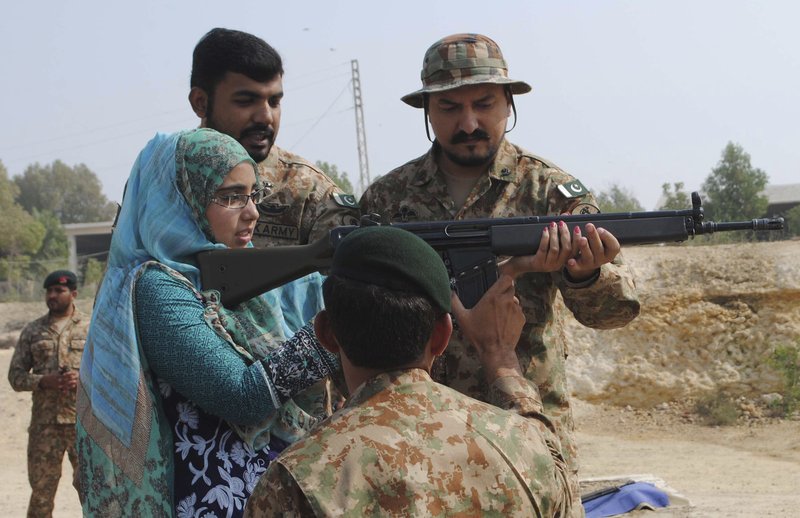 ISLAMABAD, Feb. 22 (Xinhua) -- The Pakistani military on Friday rejected India's allegations over a recent attack in the India-controlled Kashmir and also called for peace as the country doesn't want to have a war with its neighbor.

The comments by the military spokesman Major General Asif Ghafoor, chief of the army's Inter-Services Public Relations, came amid the tension between Pakistan and India after a suicide attack which killed 40 Indian paramilitary troopers in the India-controled Kashmir.

Jaish-e-Muhammad group, which is outlawed in Pakistan, claimed the attack. India blamed Pakistan of links with the attack but Pakistani Prime Minister Imran Khan rejected the allegations and offered help in investigation of the Feb. 14 attack.

"We do not want to follow the path of war. We expect you (India) will consider the call for peace by the government of Pakistan and will not become a hurdle in the way of peace and development in the region," the Pakistani military spokesman told a news conference.

"The people in the region have the right to live in peace and in an environment which is based on peace, stability and co-existence," Ghafoor said.

The army spokesman rejected the Indian allegations of Pakistan's involvement in the attack, saying India levelled allegations against Pakistan shortly after the attack without any investigations.

"Pakistan has already clarified that it has nothing to do with the Pulwama attack as the attacker, explosive devices, and planning were indigenous," he said, adding the prime minister has already offered India to provide concrete evidence."

He also expressed the hope that India will respond to this offer in a positive way.