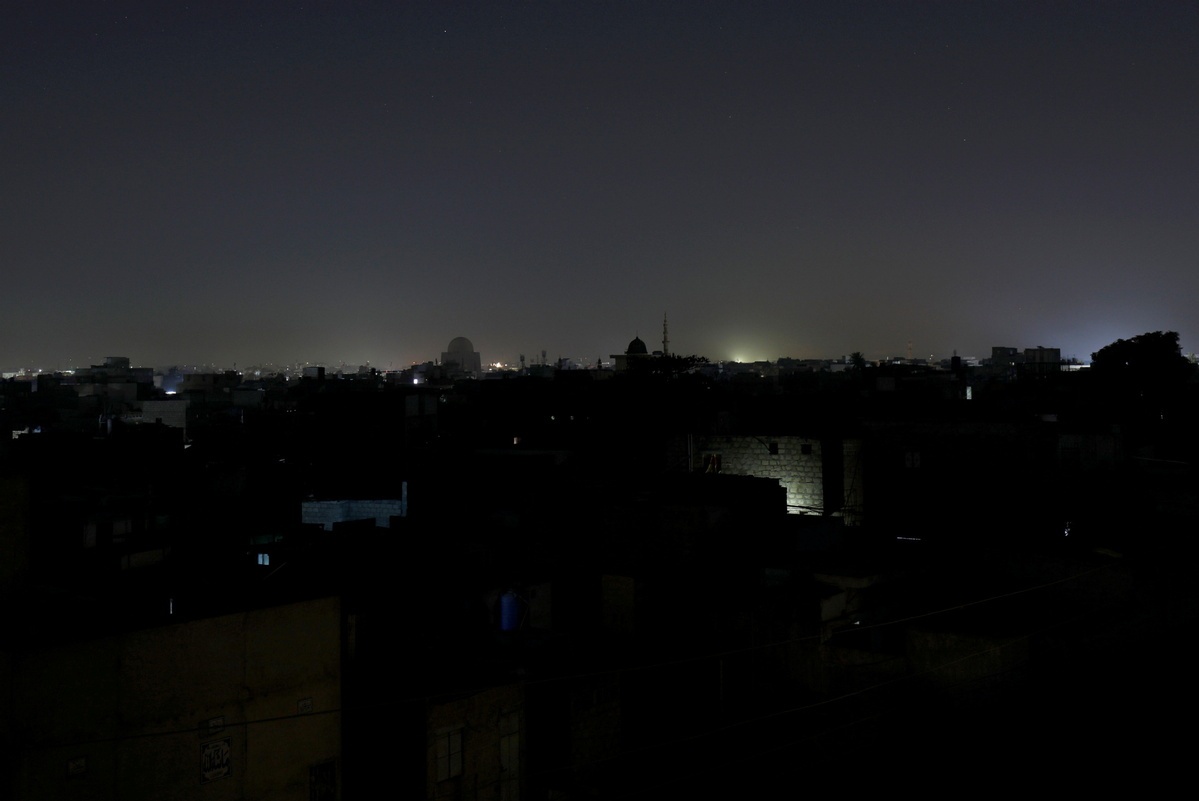 A general view of a residential area is seen during a power breakdown in Karachi, Pakistan, on Jan 10, 2021. [Photo/Agencies]

ISLAMABAD - Pakistan was hit by a massive power blackout early Sunday, officials said, with much of the country, including all major cities, plunged into darkness.

The electricity distribution system in the nation of more than 210 million people is a complex -- and delicate -- web, and a problem in one section of the grid can lead to cascading breakdowns countrywide.

"The fault tripped the transmission system of the country... leading to the shutdown of power plants," Khan said.

The blackout hit all of Pakistan's major cities, including the capital Islamabad, economic hub Karachi and the second-largest city Lahore.

The Ministry of Energy said that power had been restored in some parts of the country, and that teams were still working on restoring supply completely in the early hours of Sunday.

Netblocks, which monitors internet outages said internet connectivity in the country "collapsed" as a result of the outage.

Connectivity was at "62 percent of ordinary levels," it said in a tweet.

In 2015 an apparent rebel attack on a key power line plunged around 80 percent of Pakistan into darkness.

That blackout, one of the worst in Pakistan's history, caused electricity to be cut in major cities nationwide, including the capital Islamabad, and even affected one of the country's international airports.