Power was gradually being restored to major cities across Pakistan Sunday after it was hit by a massive electricity blackout, officials said. 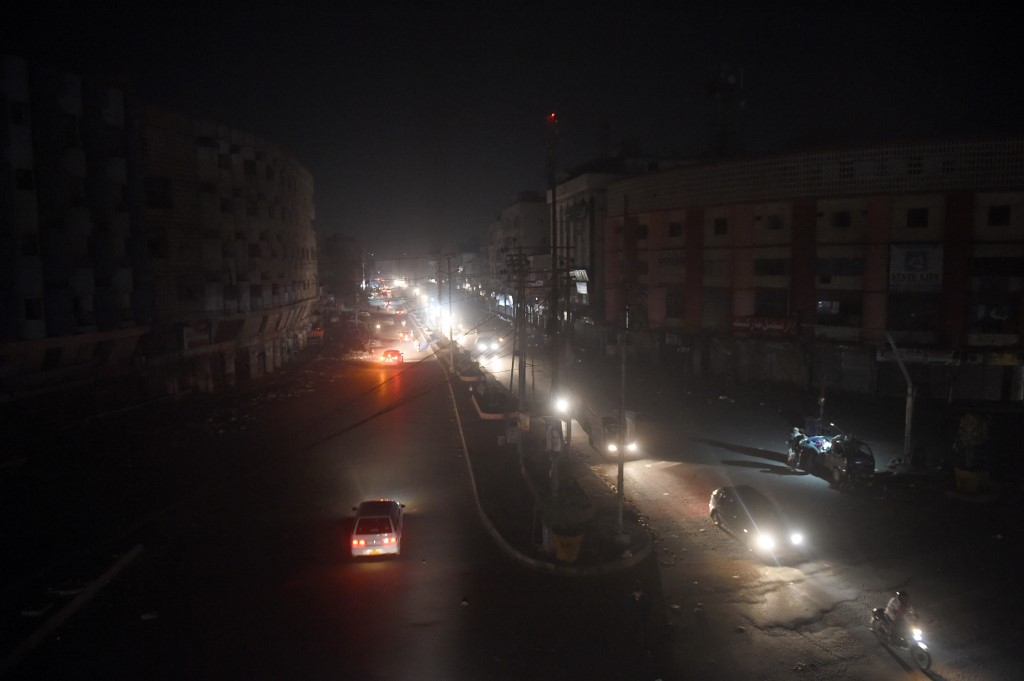 Motorists drive through a residential area during a power blackout in Pakistan's port city of Karachi early on January 10, 2021. (Photo: AFP)

The electricity distribution system in the nation of more than 210 million people is a complex -- and delicate -- web, and a problem in one section of the grid can lead to cascading breakdowns countrywide.

The latest blackout was caused by "an engineering fault" in southern Pakistan at 11:41 pm local time on Saturday (1841 GMT), which tripped the system and caused power plants to shut down, power minister Omar Ayub Khan told a press conference in Islamabad.

"Our experts are trying to determine the exact location of fault, which we have not been able to find out."

Khan said that will take "another few hours as the area is still covered in dense fog", and that power supply had been partially restored in most areas of Punjab, the most populous province, as well as the economic hub Karachi in the south.

The blackout had plunged all of Pakistan's major cities into darkness, including the capital Islamabad, economic hub Karachi and the second-largest city Lahore.

There were no immediate reports of disruption at hospitals, which can often rely on back-up generators.

A water and power ministry spokesman said electricity had been restored to some parts of the country but many areas in Lahore, Pakistan's second-largest city, and Karachi were still waiting.

Netblocks, which monitors internet outages, said internet connectivity in the country "collapsed" as a result of the blackout.

Connectivity was at "62 percent of ordinary levels," it said in a tweet.

This was Pakistan's second major power breakdown in less than three years. In May 2018, power supply was partially disrupted for more than nine hours.

In 2015, an apparent rebel attack on a key power line plunged around 80 percent of Pakistan into darkness.

That blackout, one of the worst in Pakistan's history, caused electricity to be cut in major cities nationwide, including Islamabad, and even affected one of the country's international airports.