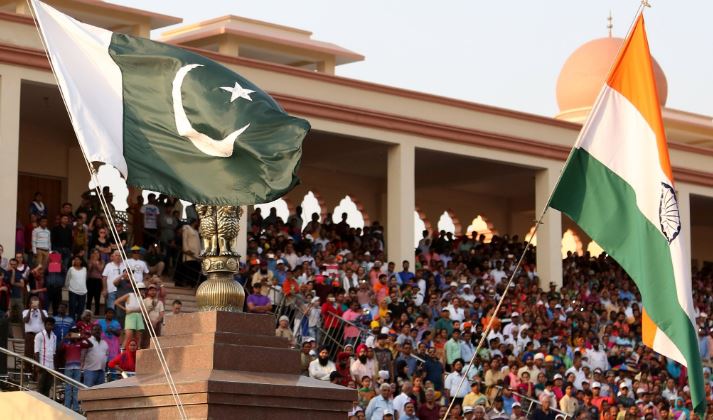 ISLAMABAD, Feb. 19 (Xinhua) -- Pakistan on Tuesday offered India cooperation in the probe into a recent deadly attack in Indian-controlled Kashmir that has soured relations between the neighbors, while Islamabad also sought international help to ease tensions in the region.

In a televised address to the nation, Pakistani Prime Minister Imran Khan asked India to share "actionable evidence" regarding the attack and Pakistan will extend cooperation in the investigation.

"It is not in the interest of Pakistan to allow its soil for any terrorist activity as Pakistan is heading towards stability. If India alleges that Pakistani soil has been used for terrorism, it should share evidence. I want to give you (India) a guarantee that I will take action," Khan said.

"Issues cannot be solved through pressure. I again invite India to start dialogue with Pakistan to discuss all issues and to explore ways to fight terrorism in the region," he said.

"There is a new thinking in Pakistan and I want to make it clear that whoever tries to use Pakistani soil for terrorism, it will be enmity with Pakistan and my government will not allow it to happen," Khan said.

The Pakistani leader expressed his regret that the Indian government started "Pakistan bashing" soon after the attack without any investigation.

The attack has heightened bilateral tensions with both New Delhi and Islamabad calling back their envoys for consultations following the suicide bombing.

Pakistan's High Commissioner to India Sohail Mahmood met Pakistan Foreign Minister Shah Mahmood Qureshi in Islamabad on Tuesday and discussed the situation arising from the attack, the Pakistani Foreign Ministry said. India has also recall its high commissioner to Pakistan for consultations, according to Indian media.

The Pakistani Foreign Ministry said on Tuesday that Qureshi also sent a letter to UN Secretary-General Antonio Guterres, seeking his help to reduce the tensions between the two countries.

Qureshi, in his letter, said "it is with a sense of urgency" to draw UN attention "to the deteriorating security situation in our region resulting from the threat of use of force against Pakistan by India."

"The Pulwama attack on Indian Central Reserve Police Force was ostensibly and even by Indian accounts carried out by a Kashmiri resident of Indian Occupied Kashmir," the foreign minister said, adding that attributing the attack to Pakistan even before investigations is "absurd."

"It is imperative to take steps for de-escalation. The United Nations must step in to defuse tensions," said Qureshi.

The recent attack in India-controlled Kashmir has further flared up tensions between the two bitter neighbors. India has long been accusing Pakistan of sheltering and supporting militants for such kind of attacks against Indian forces.

In September 2016, at least 19 Indian soldiers were killed in a terrorist attack which took place in India-controlled Kashmir. Following the attack, India's military had claimed to have conducted "surgical strikes" against terrorists' bases in Pakistan-controlled Kashmir, which Pakistan Army had vehemently denied.