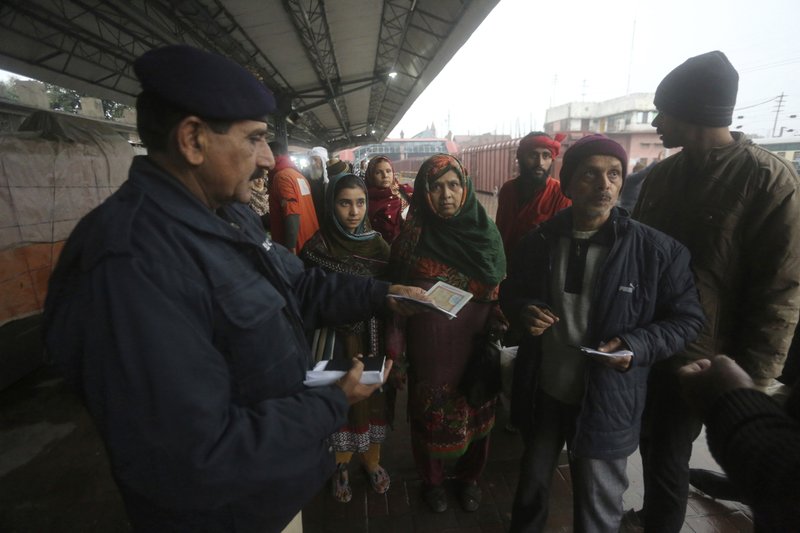 Pakistan’s prime minister on Thursday authorized the armed forces to “respond decisively and comprehensively to any aggression or misadventure” by neighboring India, as tensions soared between the nuclear-armed rivals.

India has vowed a “jaw-breaking response” to a suicide bombing in the disputed Kashmir region last week that killed 40 Indian soldiers. It was the worst attack on Indian forces since the start of the Kashmir insurgency in 1989.

Pakistan’s Prime Minister Imran Khan announced the order in a government statement released after a meeting of his National Security Committee. It said Pakistan was “not involved in any way, means or form” in the attack, which it said was “conceived, planned and executed indigenously.”

In the statement, Pakistan reiterated its offer to help investigate the attack and to take action against anyone found to be using Pakistani soil for attacks on India. It also offered to hold a “dialogue” with India on all issues, including terrorism.

India has long accused Pakistan of harboring and aiding Islamic militants who target its forces in Kashmir. The Himalayan territory is split between Pakistani and Indian zones of control, but both countries claim it in its entirety, and they have fought two wars over it. An insurgency erupted in Kashmir in 1989, demanding independence or union with Pakistan.

Pakistan denies supporting militants, and has blamed the violence in Kashmir on what it views as India’s military occupation of the territory.

A train service still operates between the two countries. In recent days, at the Lahore station, Pakistani families have bid tearful farewells to relatives returning to their homes across the border, fearing that India could cut off the service and leave them stranded.