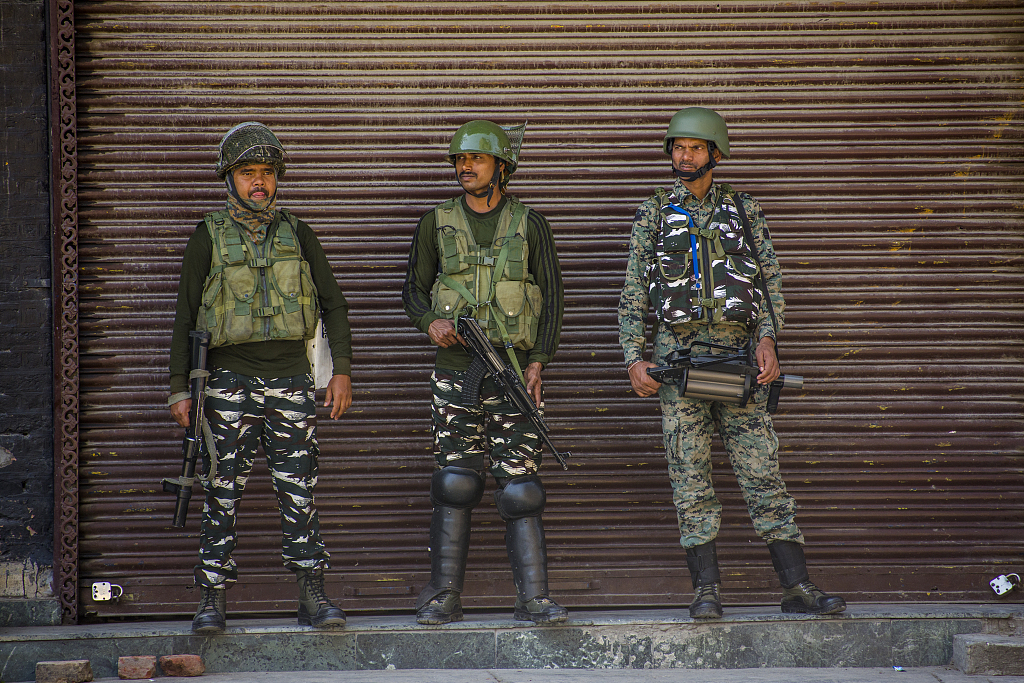 Cities around Pakistan came to a standstill on Friday as tens of thousands of people poured onto the streets in a government-led demonstration of solidarity with the disputed region of Kashmir, after India revoked its autonomy this month.
The Pakistani national anthem and an anthem for Kashmir played across television and radio, while traffic came to a standstill, and trains stopped, as part of Prime Minister Imran Khan's campaign to draw global attention to the plight of the divided Himalayan region.
"We are with them in their testing times. The message that goes out of here today is that as long as Kashmiris don't get freedom, we will stand with them," Khan told thousands of demonstrators in the capital, Islamabad.

Muslim-majority Kashmir has long been a flashpoint between nuclear-armed India and Pakistan.

Both countries rule parts of Kashmir while claiming it in full. They have fought two of their three wars over it.

The day of action is Khan's latest attempt to draw global attention to Kashmir and highlight what Pakistan says is India's heavy-handed occupation of the region.
India stripped its part of Kashmir of a special status on August 5, blocking the right of the Indian state of Jammu and Kashmir to frame its own laws and allowing non-residents to buy property there. The government said the reform would facilitate Kashmir's development, to the benefit of all.

But the move angered many residents of the region, which has been under a security clampdown ever since with telephone lines, internet, and television networks blocked and restrictions on movement and assembly.
Pakistan has sought the support of the United States, former colonial power Britain and others to press India over Kashmir.
"As we take up the issue at diplomatic levels, we also want to show the world and the Kashmiri people that they're not alone in their struggle," a former foreign minister, Khurshid Mahmud Kasuri, told a television channel.