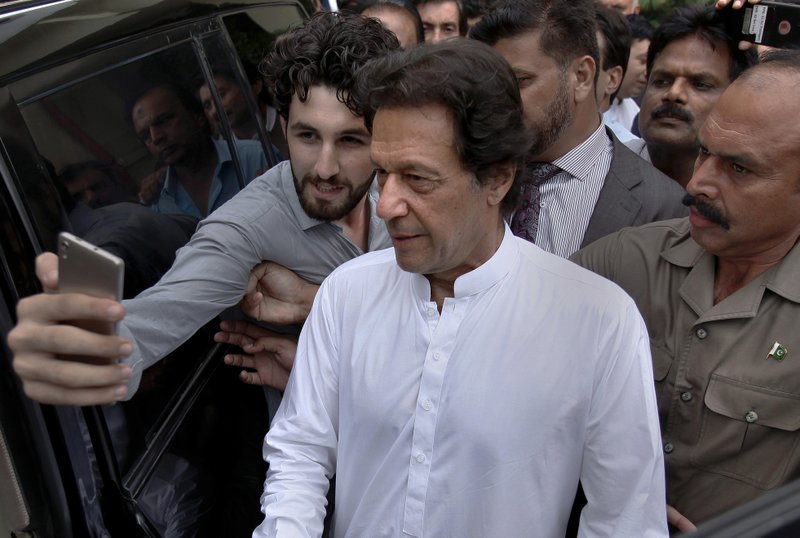 ISLAMABAD, Aug. 6 (Xinhua) -- Pakistan Tehreek-e-Insaf (PTI), or the Movement for Justice party, on Monday formally nominated its chief Imran Khan as the candidate for the office of the prime minister, party officials said.

PTI emerged as the single largest party in the parliamentary elections on July 25 and the elected members of the National Assembly met here on Monday to nominate leaders for the top positions including the prime minister, parliamentary speaker and deputy speaker.

Vice Chairman of PTI Shah Mahmood Qureshi presented a resolution to name Imran Khan as prime minister, which was adopted unanimously by lawmakers at the meeting.

The PTI chief urged the parliamentary party to adopt austerity measures to save nation's wealth, which will be spent on people's welfare.

No date for the swearing in of the next prime minister has yet been announced, however, official sources have said Imran Khan is likely to take oath on Aug. 15.

On the other hand, the opposition Pakistan Muslim League (PML-N) party on Monday announced to field Shahbaz Sharif, the younger brother of former Prime Minister Nawaz Sharif, as its candidate to challenge Imran Khan.

PML-N spokesperson Maryam Aurangzeb told reporters that all opposition parties will support Shahbaz Sharif in the election for the prime minister.

PTI spokesman Fawad Chaudhry says his party has secured the support of the parliamentarians required to elect its candidate. He told reporters that PTI expects support of more independent candidates.