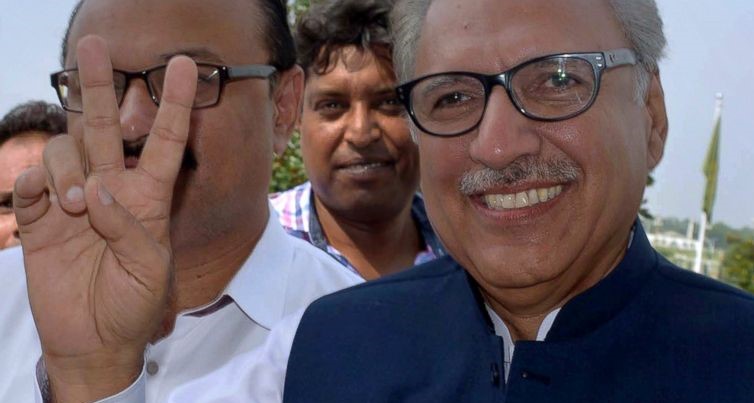 Arif Alvi was sworn in on Sunday as the new president of Pakistan. (Photo: AP)

Islamabad (Xinhua) -- Arif Alvi, a senior leader of the ruling Pakistan Tehreek-e-Insaf (PTI), was sworn in as Pakistan's president on Sunday.

Chief Justice of Pakistan Mian Saqib Nisar administered the oath to Alvi, who has replaced Mamnoon Hussain after he completed his five-year term on Sept. 8.

Alvi, who belongs to the southern port city of Karachi and was elected member of the National Assembly in the July 25 general elections, was elected the 13th president of Pakistan on Sept. 4.

The oath-taking ceremony was attended by Prime Minister Imran Khan, outgoing president Hussain, governors, chief ministers of the provinces, ministers, diplomats, services chiefs and officials at a ceremony at the presidency in the capital.

Alvi, a dentist by profession, was one of the founding members of PTI party, headed by Khan.