Pakistan's top court is scheduled to meet on Monday to decide on the fate of Prime Minister Imran Khan, who has escaped being removed after his party blocked a no-confidence vote and parliament was dissolved.

Former cricket star Khan lost his majority in parliament last week as his opponents built their support, and he was facing a no-confidence motion tabled by the opposition on Sunday. 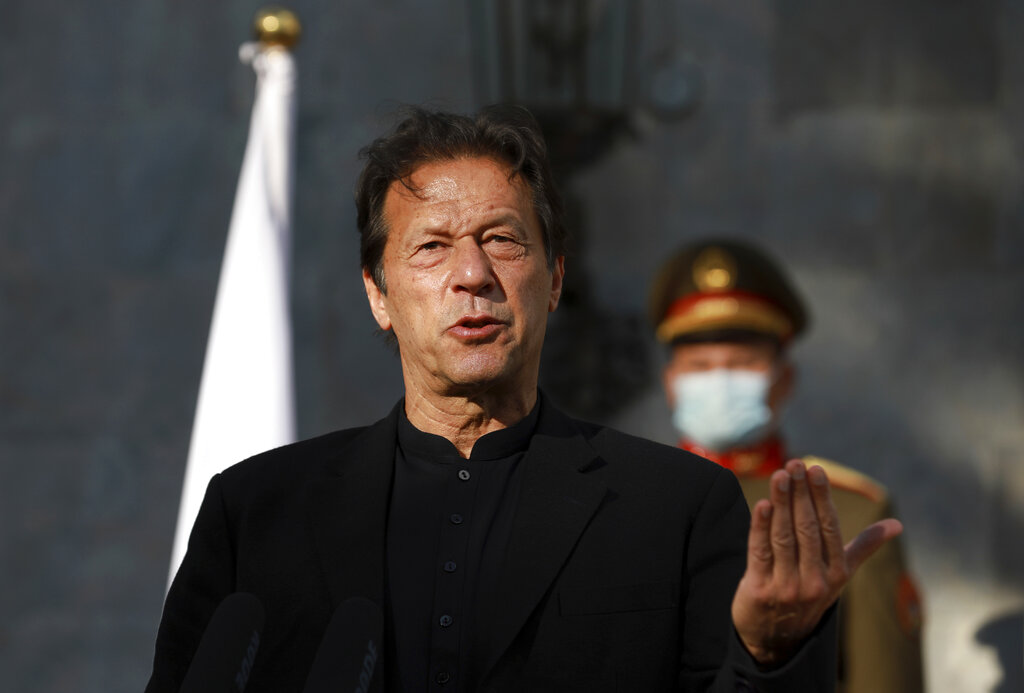 But the deputy speaker of parliament, a member of Khan's party, blocked the motion that Khan had widely been expected to lose, ruling it was part of a foreign conspiracy and unconstitutional.

The prime minister then called for a general election within 90 days, and President Arif Alvi, heeding Khan's advice, dissolved the parliament.

Khan will stay on in a caretaker role, Alvi said on Monday on Twitter.

The Supreme Court is due to meet at 1 p.m. local time to begin its deliberation.

It could order parliament be reconstituted, call for a new election, or bar Khan from standing again if he is found to have acted unconstitutionally.

The court could also decide that it cannot intervene in parliamentary affairs.

Opposition leader Shehbaz Sharif, who accuses Khan of "pushing the country into anarchy," said on Twitter he hoped the court will "play its role to uphold the constitution."

Khan says he did not act unconstitutionally, calling the move to oust him a plot orchestrated by the United States – a claim Washington denies.