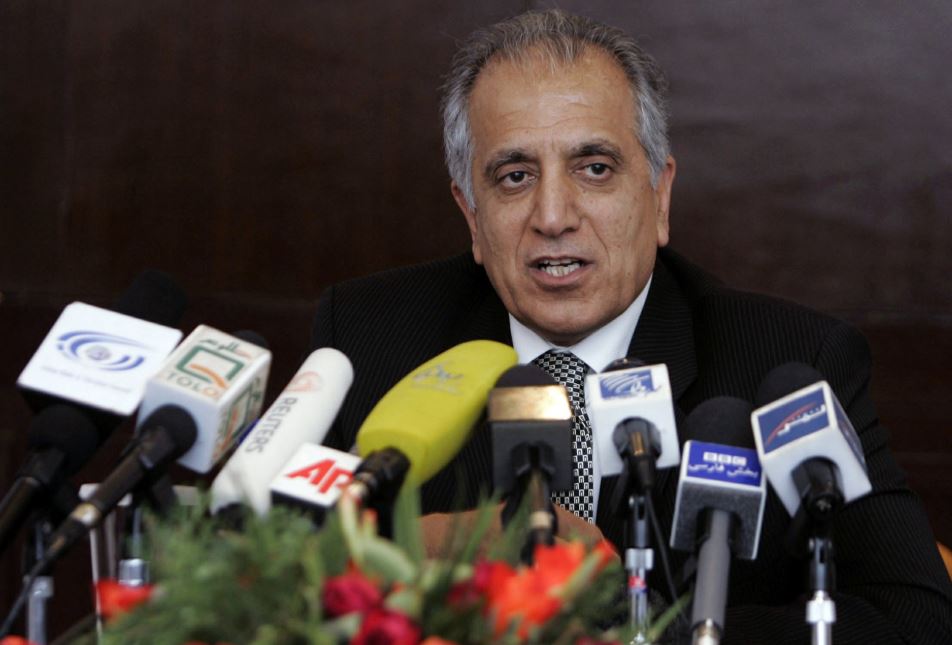 The Taliban held another round of talks with US officials on Monday, this time in the United Arab Emirates and also involving Saudi, Pakistani and Emirati representatives, part of the latest attempt to bring a negotiated end to Afghanistan’s 17-year war.

Taliban spokesman Zabihullah Mujahid offered few details of the daylong meeting except to say “discussions were held with the American side over the end to the invasion of Afghanistan.” He dismissed Afghan media reports that Afghan government representatives, who are in the United Arab Emirates, had met with the Taliban.

Mujahid said the meetings were continuing.

While Afghan officials did not attend Monday’s meeting with the Taliban, their presence in the UAE is a significant step in efforts to get the two sides talking. The Taliban have consistently refused to hold direct talks with the Afghan government, insisting they will only negotiate with the US

Afghanistan’s National Security Adviser Hamdullah Mohib was among the Afghan government representatives in the UAE, a senior Afghan government official told The Associated Press. The presence of such a high-ranking individual was seen as a sign of progress.

Also significant is the presence of the Saudis and Emiratis, both of whom have significant influence over the Taliban, and who might be able to help secure concessions from the group eventually leading to face-to-face talks with Kabul.

Saudi Arabia, the UAE and Pakistan were the only three countries to recognize the Taliban government during its five-year rule, which ended with the 2001 US-led invasion. Washington has considerable sway over the Afghan government, which it heavily bankrolls. The US has spent $1 trillion in Afghanistan since ousting the Taliban and the war there has become America’s longest.

While the US State Department has neither denied nor confirmed previous meetings with the Taliban, Washington’s peace envoy, Zalmay Khalilzad, says he has met with all sides in the conflict.

The Taliban control nearly half of Afghanistan and carry out daily attacks, mainly targeting security forces and government officials.

The group said last month that it held three days of talks with Khalilzad in Qatar, where the Taliban maintain a political office. Khalilzad then went to Kabul, where he urged Afghan President Ashraf Ghani to cobble together a team that could hold talks with the Taliban.

Khalilzad said he would like to see a “roadmap” agreement reached before Afghan presidential elections, scheduled for next April.

Since his appointment in September, Khalilzad has made several tours of the region. Earlier this month, he held meetings in Islamabad. Pakistani Prime Minister Imran Khan later said Khalilzad asked Pakistan to assist in getting the Taliban to the negotiating table. Khan said Pakistan would sponsor the UAE talks and insisted that a military solution is not the answer.