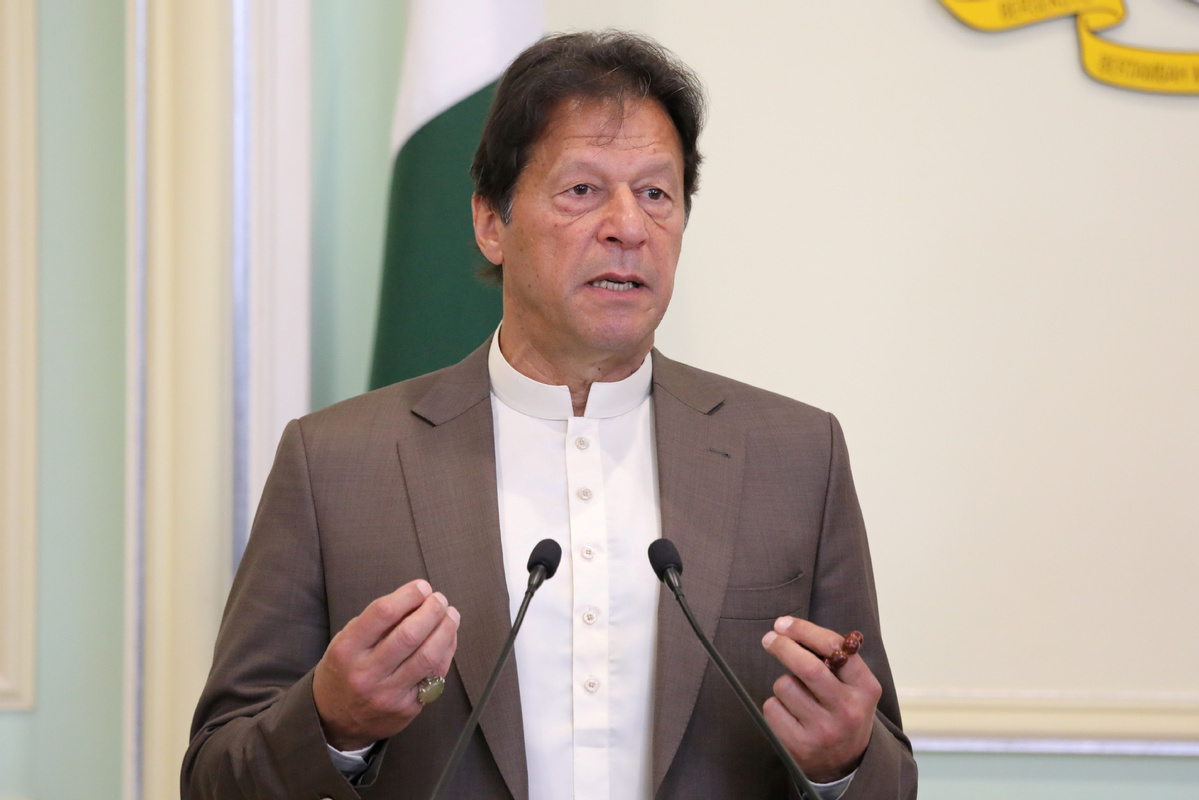 A mega-rail project is expected to "begin a new era of progress and economic uplift" for Pakistan, according to Prime Minister Imran Khan.

The Main Line-One, running 1,872 kilometers from Karachi along the southern coast to Peshawar in the north, has gained the green light from authorities after they first began scrutinizing a proposal in 2016. It will create more than 100,000 jobs in communities, Pakistan's Federal Minister for Railways Sheikh Rasheed Ahmad said.

The project forms the backbone of the China-Pakistan Economic Corridor, or CPEC.

The project will not only modernize and strengthen Pakistan's railway network, but create thousands of jobs for skilled people and boost industrialization in the country, Khan told a Cabinet meeting on Monday.

"ML-1 will ensure high-speed freight trains will reduce the time and cost of doing business and facilitate the business community," he was quoted by state-run Radio Pakistan as saying.

The project will provide better travel and freight facilities and open up a new chapter of socio-economic development, Khan said.

Ministry of Planning officials said the first part of the project will be completed by the end of 2024, with the costs to be shared by Pakistan and China.

Asim Saleem Bajwa, a retired general and chairman of the CPEC Authority, last week said on Twitter: "Executive Committee of National Economic Council (ECNEC) has approved the transformational railway project at a cost of $6.806 billion from Peshawar to Karachi (1,872 km) including Havelian Dry Port and upgrading the Walton Academy."

Pakistan's Ministry of Railways has formed a steering committee for supervision of the works. A groundbreaking ceremony is expected in March next year, Sheikh Rasheed Ahmad said.

Analysts stress the importance of the rail project for the CPEC, which they see as the cornerstone of the Pakistan-China bilateral relationship.

After being aired in 2016, the project came under greater focus in May 2018. It had been set for more discussions at a meeting on April 14, before they were deferred until the most recent decision for approval.

Ahsan Iqbal, former federal minister for planning and development, believes the rail project will prove to be a game-changer.

"Pakistan's railway system has been in dire need of an upgrade for a long time. We are grateful to China for pledging support to upgrade the century-old rail and road network in Pakistan. ML-1 will lay the foundations for prosperity in Pakistan," Ahsan said.

In order to promote economic development and employment of Pakistan, Chinese companies are expected to subcontract a large amount of work to Pakistani companies.

This will spur the development of industries, such as those covering raw-material processing and catering services.

So far, energy projects under the CPEC have been the biggest source of jobs in Pakistan. Documents revealed that these projects have employed around 75,000 Pakistanis across the country.