Pakistan shows concerns over US sale of defense system to India 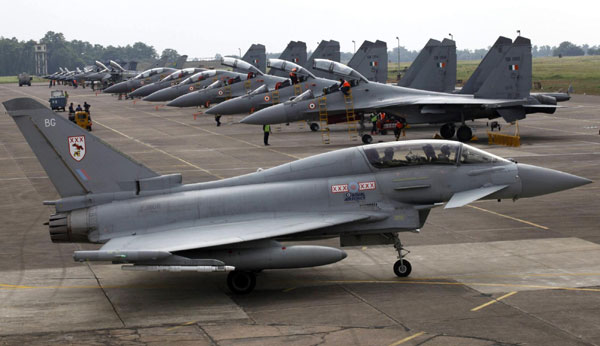 ISLAMABAD, Feb. 13 (Xinhua) -- Pakistan on Thursday expressed serious concerns over the US approval of sale of a defense system to India as it would generate an arms race in the already volatile region.

The US State Department approved this week a 1.867-billion-US-dollar foreign military sale to India of an Integrated Air Defense Weapons System.

"Sale of such sophisticated weapons system to India at this time is particularly disturbing as it would further destabilize the already volatile region," foreign office spokesperson Aisha Farooqui said.

Farooqui said at the weekly press briefing that the US decision would "disturb the strategic balance in South Asia with serious security implications for Pakistan and the region."

Farooqui said South Asia can not afford an arms race and conflict, adding it is therefore incumbent upon international community to prevent further destabilization of the region.

Earlier this week, the US Defense Security Cooperation Agency issued a notification stating the State Department's approval of the deal with India to strengthen the cooperation between the two countries and modernize the existing architecture of the Indian air defense framework.