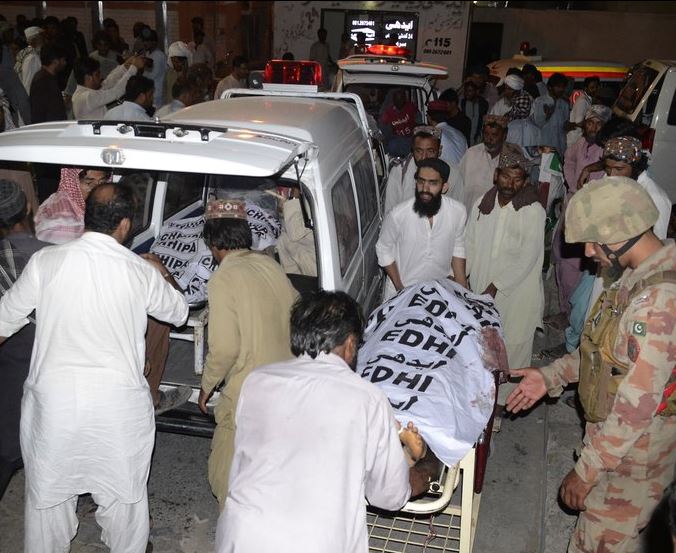 People taking bodies of bombing victims to their villages for burial at a hospital in Quetta, Pakistan, Friday, July 13, 2018. (Photo: AP/Arshad Butt)

Islamabad (People’s Daily) – The Pakistani federal government on Saturday issued a statement about the two terrorist suicide bombings in Khyber Pakhtunkhwa and Balochistan, and announced that Sunday, July 15 would be a National Day of Mourning.

The government lowered its flag to honor the victims of both attacks, which has killed nearly 150 over the last week.

On Friday, nearly 130 people were killed and some 200 were injured in a suicide bombing in the Mastung District of Balochistan Province. It is being called the country’s worst terrorist attack since the 2014 Peshawar campus attack.

As the election date approaches, increased terrorist activity and attacks are creating a state of emergency as the country struggles to increase its security measures.