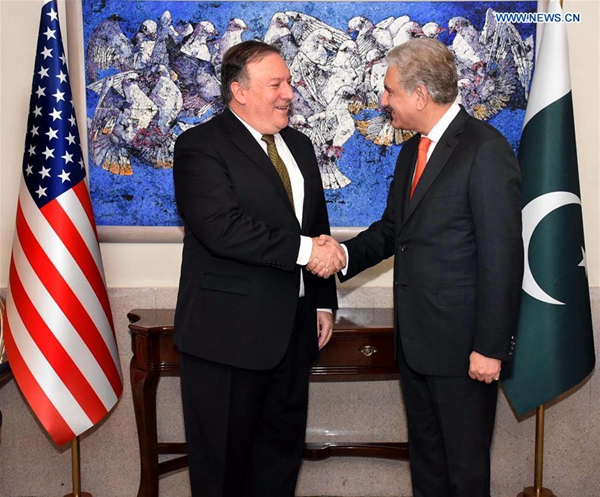 Talking to media after the meeting, Qureshi said that the meeting was held in a very cordial manner which helped both sides break the ice in the bilateral relations.

The two sides agreed to hold another dialogue in Washington later this month following the UN General Assembly session, said Qureshi, saying that Pompeo invited him to visit the United States and he has accepted and will pay the visit for follow up discussions with the U.S. officials.