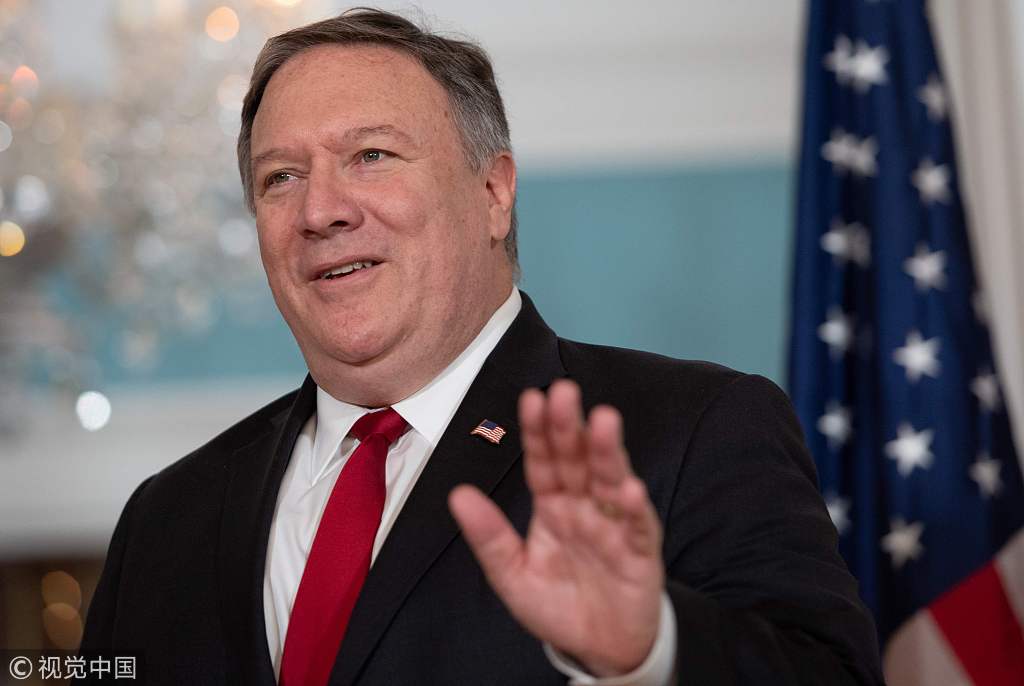 Sources familiar with the visit told Xinhua that Pompeo will lead his side in official talks with the Pakistani delegation led by Pakistani Foreign Minister Shah Mahmood Qureshi at the Foreign Ministry.

The visit comes at a time when bilateral relations are at odds and days after the United States announced cancellation of 300 million U.S. dollars aid to Pakistan over what the American claims the country's "lack of cooperation" with President Donald Trump's South Asia strategy.

Qureshi strongly disputed the claim over the aid cancellation, insisting that it was the money Pakistan has spent on the war on terror from own resources and it should be reimbursed by Washington from the Coalition Support Funds (CSF).

The United States established the CSF in 2002, which is eligible to be used to reimburse coalition partners for logistical and military support to U.S. military operations in support of counter-terrorism efforts.

"We will listen to his (Pomepo) point of views and will also share with him our position on how to normalize bilateral relations," Qureshi told reporters in Islamabad on Sunday.